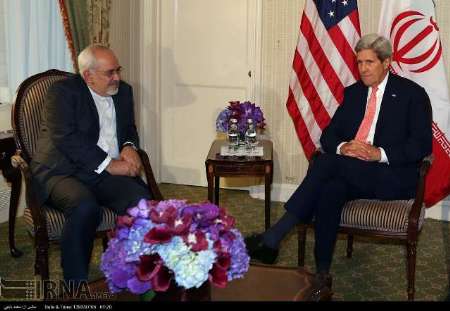 Kerry to hold nuclear talks with Iran FM Saturday: US

US Secretary of State John Kerry will hold talks with his Iranian counterpart Saturday on efforts to secure a deal over Tehran’s nuclear programme, the state department said Thursday.

Tehran will resume the expansion of its uranium enrichment capacity should Washington introduce more sanctions against the country, Iran’s senior diplomat told reporters at the country’s embassy in Moscow.

Minister: Dependence on oil should be reduced through oil

Minister of Oil Bijan Zanganeh said although the share of oil revenues is being gradually lessened in the country’s budget, its influence has not been reduced in the foreign trade balance yet.

Iran’s Navy commander Rear Admiral Habibollah Sayyari underlined the Navy’s might and its capability to safeguard security in regional waters.

The head of Iran’s parliament energy commission nuclear committee has said efforts in the parliament are intended to support negotiators and neutralizing US Congress threats.

Iran and Russia are planning to hold a joint monetary-banking conference in Iran.

All efforts will be made to develop the political framework of the nuclear agreement in March, the head of Iranian expert team at talks on Tehran’s nuclear program said.

UN sanctions have nothing to do with Iranˈs economic relations

Foreign Minister Mohammad Javad Zarif said on Thursday that many countries have established active economic cooperation with Iran and the UN sanctions have nothing to do with Iranian economic ties with the outside world.