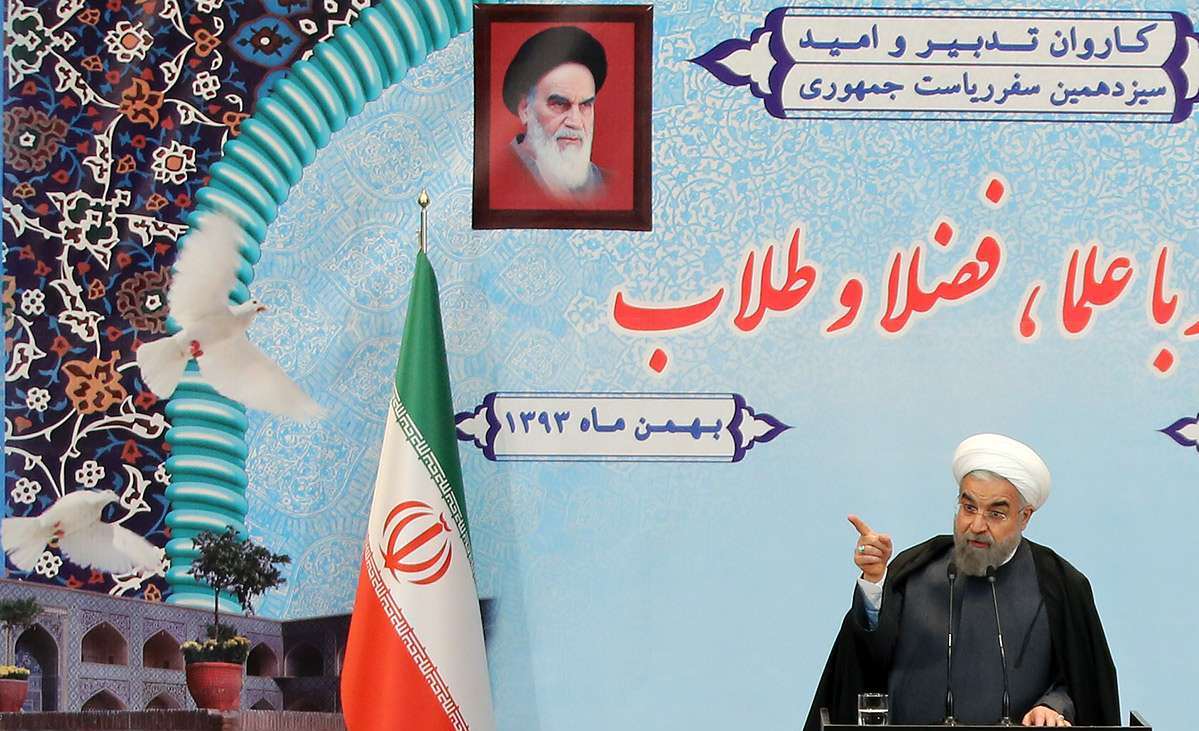 Iranian President Hassan Rouhani, who is in Isfahan as part of his provincial tours, attended a meeting with clerics, scholars and seminarians and said one of the West’s accusations was to introduce Islam as a religion of violence, but the truth was that West has been the real source of recent events.

“Today, extremist groups burn alive or behead the people in front of the camera in the name of religion, which urges us to show the true Islam to the world,” Rouhani stressed.

Leader’s letter to the youth, Rouhani said, showed the world that true face of Islam is different from what the West falsely imposes to the world as interpretations of Islam.

Rouhani underlined that his government has raised the anti-violence flag in the UN, saying that, “when I decided to propose the idea of a ‘world free of violence’, some people told me not to raise the issue, however, I put my trust in God and sought help to raise the flag of violence-free world.”

He added that even those who rejected the idea, were silent when the idea was proposed to the United Nations General Assembly.

President Rouhani emphasized that we should demonstrate to the world that religion is the governing power and is far distant from violence.