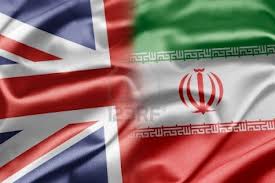 Iran’s non-resident chargé d’affaires to London has said Iran’s consulate had been opened in London in February.

Abbas Ali Mansouri Arani, the head of Iran-Britain parliamentary friendship group, announced that a parliamentary delegation is planned to pay a visit to Britain.

Iran would pursue Abutalebi’s case via the UN

Deputy-FM for Europe and American Affairs has said Iran would pursue Abutalebi’s case via the UN.

Commander of the Iranian Army Ground Force Brigadier General Ahmad Reza Pourdastan said with the implementation of new security measures, all insecurities along borders will be removed.

Head of the Islamic Supreme Council of Iraq Ammar al-Hakim emphasized the impoiran rtance of Iran’s role in the regional developments, and called for the expansion of Tehran-Baghdad ties in all spheres.