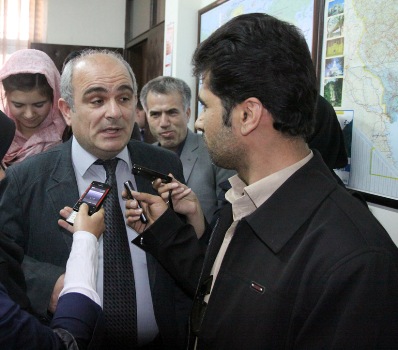 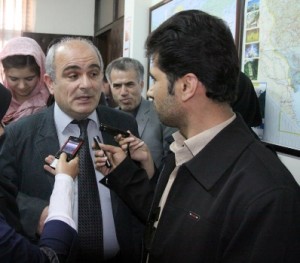 ˈAlthough both sides in Geneva (nuclear) negotiations are pleased with the process and progress of the talks, but we can say that there is still a tough road to pave ahead,ˈ Ambassador Jagarian said in an interview with IRNA on the sidelines of his meeting with Hamedan economic activists.

ˈAs a diplomat and a politician, I should be optimistic about the future process of Iranˈs nuclear negotiations, but being realist I must also reiterate that with the passage of time and in the future the job will get tougher and tougher,ˈ said Jagarian.

He expressed hope that the entire obstacles in the way of successful concluding of the negotiations will be eliminated and a constructive, diplomatic solution will be found as soon as possible.

On further expansion of Moscow-Tehran relations, too, he said that no third country is capable of deteriorating the excellent ties, interactions, and cooperation.

Jagarian had also said earlier on Saturday morning that provinces of Iran and Russian states play a key role in expansion of mutual economic relations.

Jagarian, for his part, said that his visit to Hamedan served to promote economic relations with the province.

He said that Russian experts will visit Iran in the next 45 days when an exhibition would be held in Tehran and talks held on its sidelines.

The Russian envoy underlined that Russia is well prepared to expand economic relations with Iran in various domains, including industry and agriculture.

On 24 November 2013, the Geneva interim agreement, officially titled the Joint Plan of Action, was signed between Iran and the P5+1 in Geneva, Switzerland.

It consists of a short-term freeze of portions of Iranˈs nuclear program in exchange for decreased economic sanctions on Iran, as the countries work towards a long-term agreement.

It represents the first formal agreement between the United States and Iran in 34 years. Implementation of the agreement began 20 January 2014.

Senior officials of the P5+1 and Iran met February 18-20 in Vienna and agreed on a framework for future negotiations. The next round of senior-level talks was held on March 17, 2014 in Vienna and the third round of them ended earlier last week there.