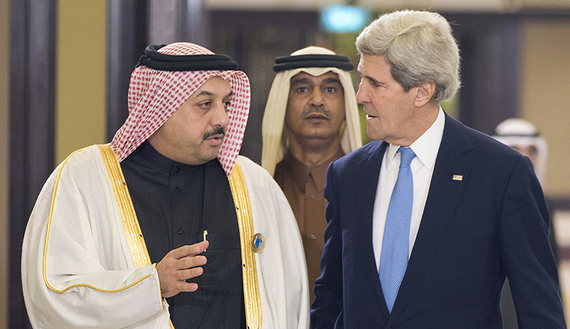 “The only thing which made the organizer of this conference withdraw the Iranian invitation is because [the government of Iran] didn’t announce that they acknowledge Geneva I. But still, I think Iran has a crucial role in solving this issue,” Attiyah said in an exclusive interview with Al-Monitor at the Jan. 22 opening session of the high-level segment of the United Nations peace conference on Syria.

Attiyah, a former fighter pilot in the Qatar Air Force, advocated an “inclusive” approach to dealing with Iran, despite differences over Syria, but added, “I don’t blame Saudi Arabia for their worrying” about Iran.

Attiyah made a strong case for Gulf Cooperation Council (GCC) unity, including in the field of security. “You cannot divide the GCC on the security issue,” Attiyah said.