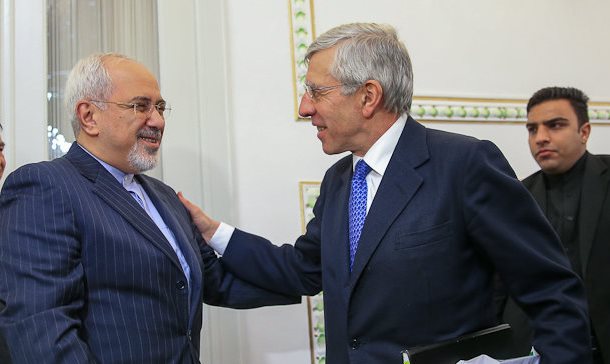 A four-member British parliamentary delegation, headed by former Foreign Secretary Jack Straw, has arrived in the Iranian capital on a three-day visit.

Iranian President Hassan Rouhani expressed optimism about the results of the talks between Iran and the Group 5+1 (the five permanent UN Security Council members plus Germany), and said both sides aim to find a win-win solution to the standoff on Tehran’s peaceful nuclear program.

Iran denies cooperation with US over Iraq developments

Iran Foreign Ministry spokeswoman has denied reports about intelligence and military cooperation between Iran and the US on recent developments in Iraq, pledging Tehran’s continued support for Baghdad’s anti-terrorism measures.

Senior officials in Tehran cautioned the West against imposing new sanctions, and said further embargos will spoil the negotiations underway between Iran and the world powers.

Lieutenant Commander of the Islamic Revolution Guards Corps (IRGC) Brigadier General Hossein Salami said the recent comments by US President Barack Obama indicated that Washington is not able to confront Iran or prevent its progress and clout.

Turkish Foreign Minister Ahmet Davutoglu talked on phone on Tuesday with his Iranian counterpart Mohammad Javad Zarif on latest developments in Iraq, events in its Anbar province in particular.

An Iranian deputy foreign minister voiced Tehran’s pleasure in utilizing Japan’s civil nuclear technologies, and hoped for nuclear cooperation with Tokyo in the near future.

Iran to cooperate with Lebanon in investigating Majid death, Afkham

Spokeswoman for the Foreign Ministry said Tuesday that Iran is ready to cooperate with Lebanon to find out the exact reason for the death of the terrorist Majid al-Majid.