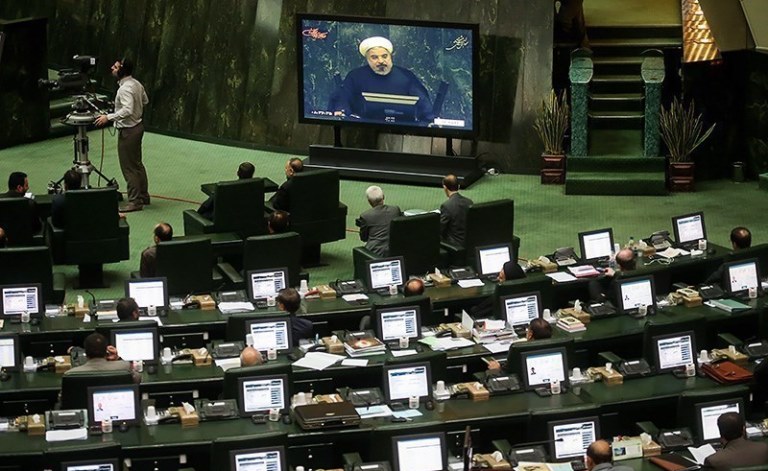 Rouhani submits budget draft for next year to Majlis

President Hassan Rouhani said here on Sunday that the budget bill he has presented to the Parliament contains useful data on ways of providing public services and constructing infrastructures.

A senior Iranian lawmaker lashed out at the US government for ignoring the continued violation of human rights, specially women’s rights, in Saudi Arabia to keep the flow of the kingdom’s petrodollars to Washington going.

Official: Violence to continue in Afghanistan after inking security pact with US

Endorsement of the security agreement between Washington and the Kabul government won’t benefit the Afghans and will entail dire consequences for them and the regional people as it will cause violence to continue.

Iraq is willing to boost its gas imports from Iran to 90 million cubic meters (mcm) per day, a senior Iranian gas official said

The Iranian Space Agency has ambitious short, middle and long term space projects, a senior research official said, adding that the country will launch several home-made satellites and satellite-carriers in the next few years.

Iranian Navy’s 28th fleet of warships is set to leave the Indian port of Mumbai on Monday for the next destination on its overseas voyage, a senior navy commander said.

European Parliament delegation due in Iran

A delegation of European Parliament (EP) members is due to travel to Iran next week to discuss the expansion of parliamentary relations between the Islamic Republic and the EU.

I would meet Rouhani: Shimon Peres

According to Times of Israel, Shimon Peres at the 2013 Israel Business Conference in Tel Aviv said that he would like to meet with President Rouhani.