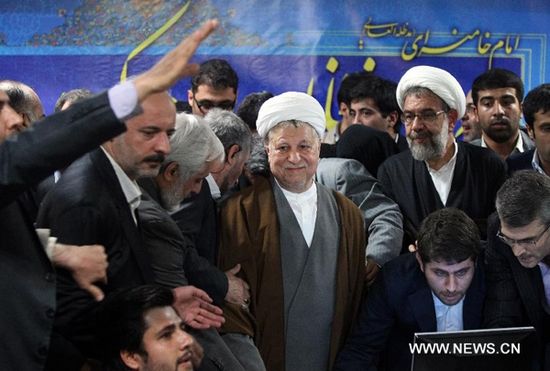 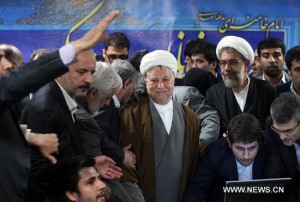 Russia’s Foreign Minister Sergei Lavrov revealed on Sunday that he had discussed Iran’s possible involvement in a conference to resolve the war in Syria, when he met his US counterpart John Kerry early in May. The Russians and Americans agreed during Kerry’s visit to Moscow to set up a conference of international players to end the war in Syria. Moscow wants to involve all the nations which took part in the Geneva conference on Syria last summer, and says without Iran’s participation the conference cannot succeed.

Iran’s electoral watchdog said on Monday it would bar physically feeble candidates from running for president, in an apparent hint that it could disqualify 78-year-old former President Akbar Hashemi Rafsanjani from the race. Rafsanjani, if he is allowed to run, would be a significant challenge to conservative hardliners who are ultra-loyal to Supreme Leader Ayatollah Ali Khamenei and who otherwise dominate the field for the June 14 presidential election.