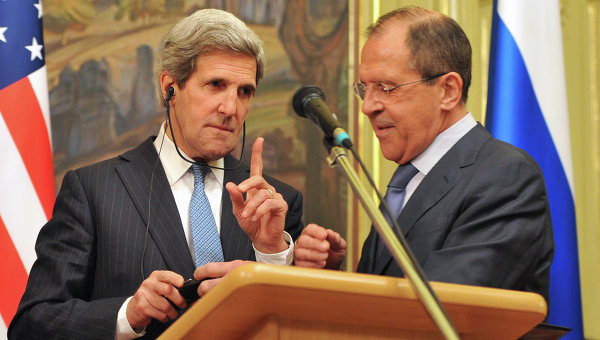 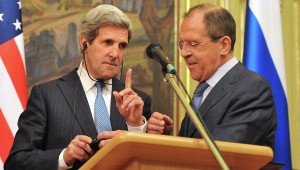 MOSCOW, May 19 (RIA Novosti) – Russia’s Foreign Minister Sergei Lavrov revealed on Sunday that he had discussed Iran’s possible involvement in a conference to resolve the war in Syria, when he met his US counterpart John Kerry early in May.

The Russians and Americans agreed during Kerry’s visit to Moscow to set up a conference of international players to end the war in Syria. Moscow wants to involve all the nations which took part in the Geneva conference on Syria last summer, and says without Iran’s participation the conference cannot succeed.

Saudi Arabia and Iran were not involved in the Geneva talks, Lavrov recalled.

“Our American partners blocked Iran, and the Saudis were not invited as ‘compensation’ for the absence of Iran,” Lavrov said in an interview with Rossiiskaya Gazeta to be published on Monday.

“If we admit that Iran has a very solid influence on what is going on, then it is obliged to be represented in the negotiations as a participant in the ‘external ring’ [of neighboring states],” Lavrov said. “I said this to John Kerry. He kind of agreed with this, but said that a number of states in the region were categorically opposed to this.”

All the Syrian opposition groups should be represented in the talks, Lavrov said, including those struggling for a division of Syria.

Lavrov also said the duration of the conference should not be limited.

“Some of our partners…think a few days or weeks are long enough. I consider this is counterproductive,” he said.