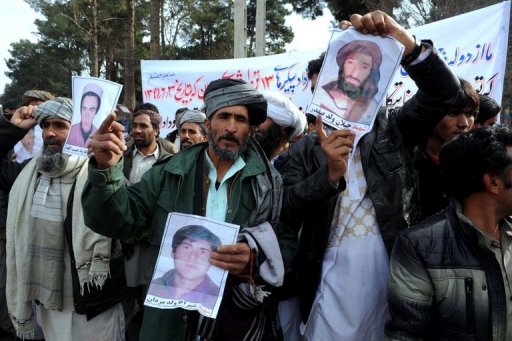 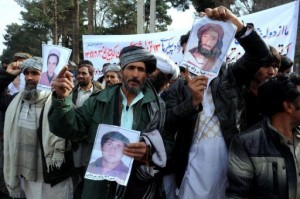 Iran news headlines on Sunday include demonstration of Afghans over the alleged killing of Afghan immigrants in front of Iranian Consulate in Herat, Iran police seizing over 11 tons of narcotics after fierce clashes with drug traffickers, releasing of one of the 48 Iranian hostages in Syria, Iranian Air Force Deputy Commander remarks over IRIAF manufacturing 2 new jets for pilot training, Iranian military experts statements on “spy missions” of Israeli-Azeri drones along Iran border and establishment of Iran’s video-sharing website.

Hundreds of angry demonstrators tried to storm the Iranian consulate in the western Afghan city of Herat on Sunday in protest at the alleged killing of Afghan immigrants by Iranian security forces. The 200-strong crowd threw rocks and broke consulate windows before security forces drove them back by firing warning shots into the air.

One of the 48 Iranian pilgrims who were kidnapped in the Syrian capital several months ago was released on Saturday, Fars reported. The released Iranian, Majid Adeli, is an employee of the cultural section of the Iranian Embassy in Damascus and was abducted along with 47 others in Zeinabiyah neighborhood of Damascus in August while they were on a pilgrimage trip.

Iranian Air Force Deputy Commander for Training General Manouchehr Yazdani says the IRIAF is producing two models of trainer aircrafts, named Kowsar 88 and Azarakhsh (lightening). Yazdani said on Saturday that the IRIAF is working to make new pilot training jets with the help of Iran’s defense industry and Defense Ministry since sanctions imposed against Tehran have caused problems with regards to procuring such aircrafts.

Iran’s Press TV reported Sunday that Israeli-Azeri drones – allegedly on a “secret spy mission” – were spotted flying over Iran and Karabakh’s common border. According to the report Azerbaijan has been enlisting the help of “Israeli military advisors” in order to improve its drone capabilities.

Iran has launched its own video-sharing website to compete against Google’s popular YouTube whose content is deemed inappropriate by the Islamic regime, the state television reported on Sunday. The website (http://www.mehr.ir) called ‘Mehr’, meaning affection in Farsi, aims to attract Persian-speaking users and also promote Iranian culture, according to its About Us page.