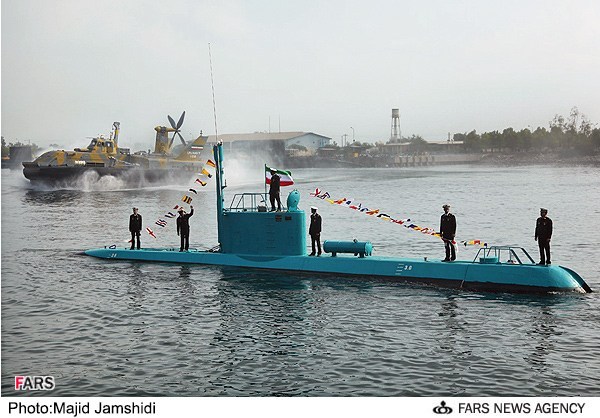 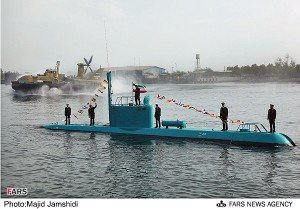 Iran news headlines on Wednesday include Iran releasing new submarines and hovercrafts on water, hacking UN atomic watchdog by Iranian group, comments of one of The Guardian’s columnist  on AP’s bogus graph on Iranian nuclear weapons, statements of the head of Iran’s Atomic Energy Organisation on continuing uranium enrichment with intensity, Iran’s foreign ministry spokesman accusing US of eight airspace violations in October and US Senate working on new package of Iran sanctions.

Iran’s state TV is showcasing additions to its Navy including a missile-launching warship around the size of a frigate. Navy officials watched as the domestically-produced Sina-7, equipped with anti-ship missiles, was launched Wednesday at Bandar Abbas, near the strategic Strait of Hormuz. Two new Iranian-built Ghadir submarines and two repaired hovercrafts were also delivered to the Navy.

The International Atomic Energy Agency acknowledged Tuesday that one of its servers had been hacked after a previously unknown group critical of Israel’s undeclared nuclear weapons program posted contact details for more than 100 experts working for the U.N. nuclear watchdog. A group called “Parastoo” – Farsi for the swallow bird and a common Iranian girl’s name – claimed responsibility for posting the names on its website two days ago.

A primitive graph provided by “a country critical of Iran’s atomic program” indicts the news outlet more than Tehran. Uncritical, fear-mongering media propaganda is far too common to take note of each time it appears, but sometimes, what is produced is so ludicrous that its illustrative value should not be ignored. Such is the case with a highly trumpeted Associated Press “exclusive” from Tuesday which claims in its red headline to have discovered evidence of “Iran Working on Bomb”.

Iran “will press on with enrichment:” nuclear chief

Iran will continue enriching uranium “with intensity”, with the number of enrichment centrifuges it has operating to increase substantially in the current year, the country’s nuclear energy chief was quoted as saying on Wednesday. The comments by Fereydoun Abbasi-Davani, the head of Iran’s Atomic Energy Organisation, signaled continued defiance by Iran in the face of international demands that Tehran halt enrichment to the higher 20 percent fissile purity level, close down its Fordow enrichment plant, and ship out its stockpile of the material.

Iranian airspace was violated eight times by archfoe the United States in October, Iran’s foreign ministry spokesman said, adding that an official protest had been lodged with the United Nations. “Any country violating our territory will face a serious reaction from Iran,” Ramin Mehmanparast warned in a statement quoted by the media on Wednesday.

US Senate works on new package of Iran sanctions

New sanctions aimed at reducing global trade with Iran in the energy, shipping and metals sectors may soon be considered by the U.S. Senate as part of an annual defense policy bill, senators and aides said on Tuesday. The sanctions legislation, which has not yet been unveiled, comes during a crowded calendar as the Senate races to deal with deficit reduction, the defense bill and other pressing issues by the end of the year.