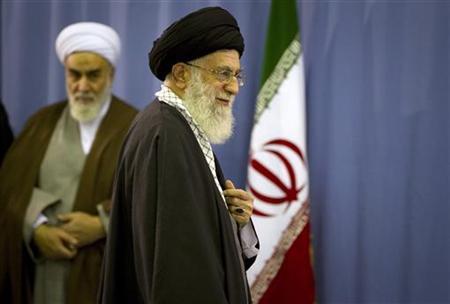 (Reuters) – Iran will never try to obtain a nuclear bomb but will not give up the pursuit of peaceful nuclear energy, Supreme Leader Ayatollah Ali Khamenei told a gathering of leaders of developing countries meeting in Tehran.

Iran’s nuclear programme is suspected by the West of being aimed at developing an atomic bomb, an accusation Iran denies.