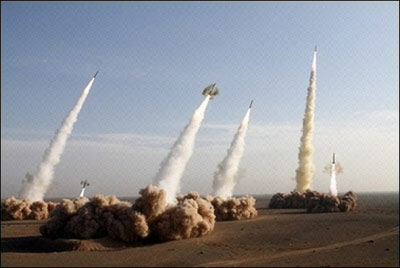 Iran, Israel, and the Bomb

This article was written by David Harris for the Huffingtonpost blogs on July 1, 2012. David Harris is Executive Director, AJC, and Senior Associate, St. Antony’s College, Oxford (2009-11). 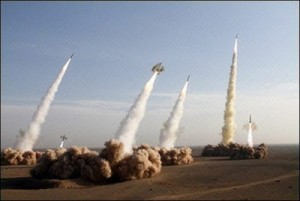 But then I remembered that this bimonthly journal is not known for its typos — nor, for that matter, irony.

On the contrary, this is arguably the world’s most influential and straight-shooting publication on foreign policy.

The author of this particular essay, Kenneth Waltz, is no slouch, either. He is a prominent scholar and a founder of the neorealism school in international relations theory.

So I turned to the piece, eager to see if my own longstanding concern about an Iranian bomb was perhaps misplaced.

I was dumbfounded by what I read.

Here are a few choice snippets:

Most U.S., European, and Israeli commentators and policymakers warn that a nuclear-armed Iran would be the worst possible outcome of the current standoff. In fact, it would probably be the best possible result: the one most likely to restore stability to the Middle East.

Another oft-touted worry is that if Iran obtains the bomb, other states in the region will follow suit, leading to a nuclear arms race in the Middle East…. Should Iran become the second Middle Eastern nuclear power since 1945, it would hardly signal the start of a landslide…. No other country in the region will have an incentive to acquire its own nuclear capability, and the current crisis will finally dissipate, leading to a Middle East that is more stable than it is today.

“Diplomacy between Iran and the major powers should continue…. But the current sanctions on Iran can be dropped: they primarily harm ordinary Iranians, with little purpose.”

And then there’s Waltz’s closing line: “When it comes to nuclear weapons, now as ever, more may be better.”

In essence, Waltz constructs his argument on two pillars.

First, he asserts the core problem in the Middle East is Israel’s nuclear arsenal, which needs to be balanced by another power, in this case Iran.

And second, he believes such a balance of power inherently stabilizes the situation, thereby reducing, not increasing, the risk of conflict.

He could not be more wrong on Iran.

Iran does not fit the theoretical template, drawn from his research, that he seeks to impose on it, and the consequences of this misreading could be profound.

First, Waltz declares that Iran’s leaders are rational, hence no need for concern about a nuclear bomb in their hands.

Just because Waltz deems them to be dependable actors who, he asserts, will behave like others moderated by their possession of a nuclear bomb (does that include North Korea’s strongmen?), are we all now to go home and get a good night’s sleep?

Is their Shiite eschatology, focused on hastening the coming of the Hidden Imam, not to be taken into account, as if there were no place for state ideology in the discussion?

Apropos, is it just possible that their vision of the “end of days” could be accelerated by a world without Israel?

After all, the former Iranian president, Akbar Hashemi Rafsanjani, famously declared “[T]he use of even one nuclear bomb inside Israel would destroy everything.”

Could that kind of thinking not prompt Iranian leaders, living in a self-imposed cocoon, to conclude that the risk might be worth the reward?

Was their recruitment of young Iranian boys as would-be bomb sappers in the eight-year war with Iraq, and armed only with plastic keys to enter “heaven” and the awaiting 72 virgins, the behavior of a “rational” government?

Was the plot to blow up a Washington restaurant and kill the Saudi ambassador to the U.S. the thinking of a predictable regime?

Second, Waltz’s confidence that there would be no “landslide” of proliferation in the Middle East if Iran goes nuclear is belied by the facts.

He totally ignores the regional context. There is no mention of the critically important Shiite-Sunni rivalry. He inexplicably fails to note the panic in neighboring Arab countries, documented inWikileaks and elsewhere, about the prospect of an Iranian nuclear bomb.

Is it conceivable that Saudi Arabia, the United Arab Emirates, and, for that matter, Turkey would sit idly by and watch neighboring Iran become a nuclear power without following suit — and with all the attendant consequences?

The prospect of such a neighborhood hegemon sends shivers up the spines of everyone in the region, save Iran’s few friends, such as Bashar al-Assad’s Syria, and those already too “Finlandized” by Iran’s growing assertiveness to speak up.

And, speaking of proliferation, Waltz unconvincingly dismisses the possibility of Iran passing along its nuclear technology to terrorist groups, and entirely ignores the prospect of Tehran sharing nuclear tidbits with state actors, such as Hugo Chavez’s Venezuela.

Third, Israel’s nuclear arsenal, believed to have been developed over 50 years ago, has not created the strategic imbalance that Waltz suggests needs recalibrating.

Indeed, that reported arsenal neither stopped Egypt and Syria from provoking war in 1967, nor launching a surprise attack against Israel in 1973.

Nor did it halt the PLO from waging its terrorism campaign.

Nor did it dissuade Hamas and Islamic Jihad from firing thousands of missiles and rockets at Israel.

Nor did it block Hezbollah from triggering a war with Israel from its redoubt in Lebanon.

Moreover, unlike Iran, Israel has never threatened another nation with extinction.

Thus, to put Israel and Iran in the same boat, as Waltz does, is utterly irresponsible.

And finally, Waltz calls for the continuation of diplomacy with Iran and the end of sanctions. Huh?

Drop the sanctions, as Waltz suggests, and we will have precisely the outcome he invites — a nuclear-armed, chest-thumping Iran, convinced, not without good reason, that it had masterfully manipulated a gullible world. At that point, what useful purpose could diplomacy serve?

As the P5+1 faces the growing prospect of failed talks with Iran, there will doubtless be more calls from the likes of Waltz for some dramatic accommodation with Tehran.

Nothing could be more dangerous for regional and global stability.

And nothing would better prove our inability to learn the lessons of history than, to borrow from the title of Barbara Tuchman’s book, such a march of folly.