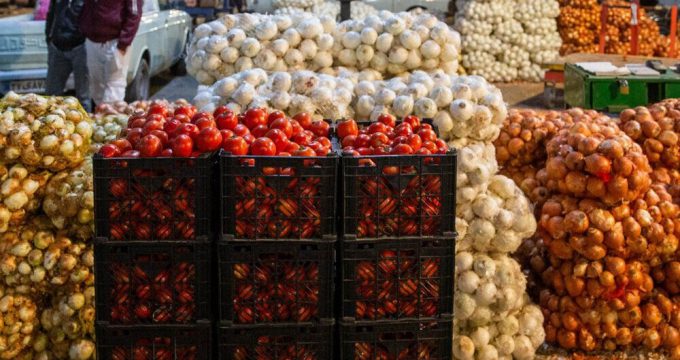 Based on the data released by the United Nations Food and Agriculture Organization (FAO), Iran has been among the top exporters of agricultural products in the world during 2021, IRNA reported.

Iran was the world’s top exporter of figs in the mentioned year, exporting 8,763 tons of the product in 2021. Austria and Spain occupied the second and third places, respectively.

The Islamic Republic was also the world’s second-biggest pistachio exporter in the year under review after the U.S. The country exported 136,000 tons of pistachios to foreign destinations in the mentioned year.

Iran was also ranked second in terms of the export of raisins and eggplant, according to the FAO statistics. The country ranks third in the world in the export of watermelon and gooseberry.

In 2021, Iranian farmers exported more than 245,000 tons of dates, which was less than the exports of only three countries. Saudi Arabia ranked first in terms of the export of dates with 318,000 tons, followed by Iraq and the United Arab Emirates.

Over 166,000 tons of cucumbers were also exported from Iran in 2021, which was less than the exports of only four countries. Mexico stood in first place in the world with the export of 840,000 tons of the mentioned product.

FAO statistics show that Iran also stands among the world’s top producers of many agricultural products.

Based on the FAO data, the Islamic Republic is the third-largest producer of dates, honey, pistachios, and walnuts in the world.

Iranian farmers produce 1.28 million tons of dates annually, making the country the third-largest producer of this product in the world after Egypt and Saudi Arabia.

The FAO has put Iran’s pistachio production at 190,000 tons in 2020, placing the country in third place among the world’s top producers of the mentioned products after the United States and Turkey.

The Islamic Republic is also ranked third in the world in the production of walnuts with 356,000 tons of annual output. China stands in first place with 1.1 million tons of production and the United States is in second place.

Iran is also ranked fourth in terms of almond and watermelon production. The country’s almond production is reported to be 164,000 tons per year. The United States is in first place with 2.37 million tons of almonds, followed by Spain and Australia in second and third places.

In terms of kiwi output, the country is the world’s fifth major producer of the product with 289,000 tons per year. China, New Zealand, and Italy are the first to third-largest producers of kiwifruit in the world. China’s kiwi production is 2.23 million tons per year.

Iran also ranks sixth in eggplant production, seventh in onion and tomato production, eighth in spinach output, ninth in terms of orange production, and 11th in grapes and sugar.

In the production of tea, Iran is ranked 12th as well with a production of more than 84,000 tons. China topped the list with 2.97 million tons of tea output, followed by India and Kenya.

The Islamic republic is also ranked 13th in barley production, 18th in terms of olive production, and finally 19th in the production of pears and tomatoes.