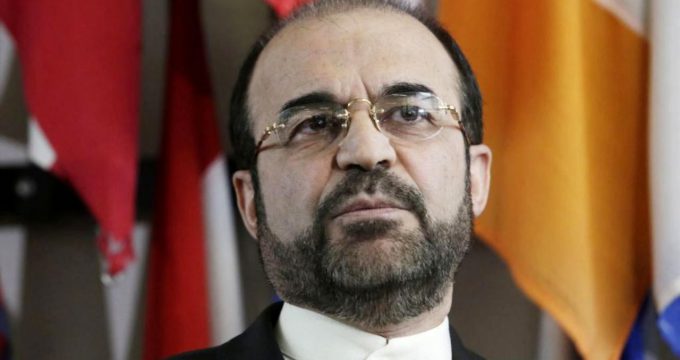 Deputy foreign minister for legal and international affairs who is in Hague, the Netherlands, in a meeting with the director general of the Organization for the Prohibition of Chemical Weapons (OPCW) complained about the scarcity of medicine for chemical weapons victims in Iran.

Reza Najafi in his meeting with OPCW head Fernando Arias referred to the unjustly imposed US sanctions against Iran, reiterating that those sanctions have even led to a lack of access for the victims of the chemical weapons to the required facilities and medicines.

He meanwhile emphasized that imposing such inhumane sanctions is in direct contrast with the articles of the chemical weapons ban treaty and other international laws, and needs to be terminated as soon as possible.

Najafi meanwhile appreciated the OPCW director general for the efforts he has already made to provide full access of the Iranian victims of chemical weapons to required medicine and facilities, and to annul the unjustly imposed sanctions at least in this field, asking Mr. Arias to continue his humanitarian efforts in this regard. The deputy foreign minister for legal and international affairs is in Holland to attend the 27th Conference of the Chemical Weapons NPT member countries.

He had earlier in his address at that conference said, “Iran, as the greatest victim of systematic usage of the chemical weapons in contemporary history, neither forgives nor forgets the users of those weapons and their providers for him.”