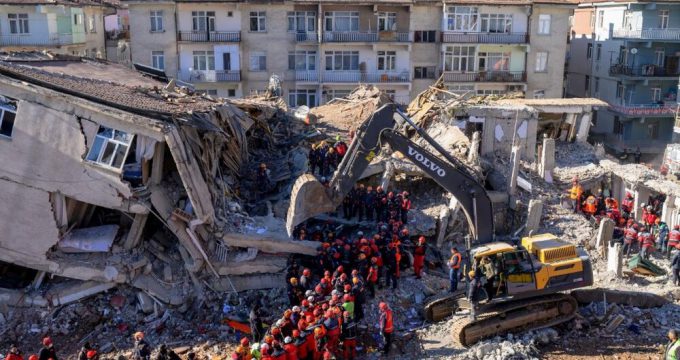 Iran trembled by quakes 484 times in a month

A total of 484 earthquakes have been recorded across the country over the past calendar month (October 23-November 21), according to the Seismological networks of the Institute of Geophysics of the University of Tehran.

Of the total 484 quakes, the largest of which occurred on November 17, with a magnitude of 5 in the southern province of Hormozgan.

Some 10 earthquakes were also recorded in Tehran province, the largest of which was near Pardis with a magnitude of 2.6 on the Richter scale.

The Iranian plateau is located in a very seismically active region of the world and is known not only for its major catastrophic earthquakes but also for the disasters relating to natural hazards, especially earthquakes.

About 2 percent of the earthquakes in the world occur in Iran but more than 6% of the victims of the world earthquakes during the 20th century are reported from Iranian earthquakes. This shows the high level of vulnerability in Iran, according to Mehdi Zare, a professor of engineering seismology.

Tehran is also one of the most hazardous metropolises in the world in terms of the risk of different natural disasters, such as earthquakes, floods, subsidence, drought, landslide, fire following an earthquake, etc.