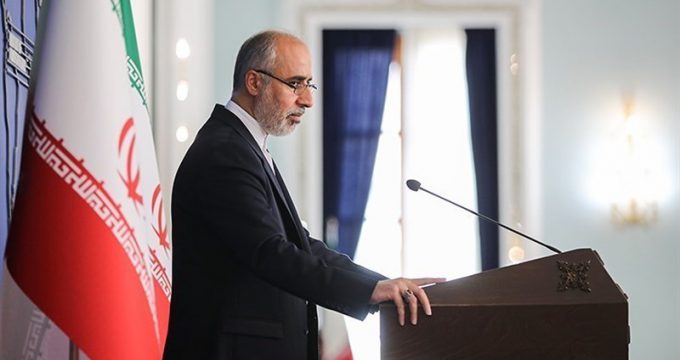 The spokesman for Iran’s Foreign Ministry says a recent anti-Iran resolution passed by the UN nuclear watchdog at the behest of the United States and three European countries was politically motivated.

Speaking on Sunday about a recent anti-Iran resolution passed by the International Atomic Energy Agency (IAEA) Board of Governors, Nasser Kan’ani said the agency’s resolution was put on the agenda of the United States and its three European allies “in order to mount pressure on the Islamic Republic of Iran.”

“The resolution was adopted despite the fact that Iran has the most transparent peaceful nuclear program in the world compared to other [countries’] facilities that are under the agency’s oversight and has undergone the highest number of inspections and verifications,” Kan’ani said.

He noted that Iran had warned the Western states about the consequences of this “illogical and destructive” measure, saying, “Unfortunately, instrumental use of international organizations against independent countries has turned into a norm in the West’s foreign policy.”

The Foreign Ministry spokesman asserted that Iran will never give in to pressures, adding, “Iran will go on with its peaceful nuclear program proportionate to its own needs and in line with its rights and obligations under international treaties to which it is a member.”

The draft resolution, ratified on Thursday, has criticized Iran for what it called a lack of cooperation with the agency. It was put forward by the United States, Britain, France and Germany, in continuation of their political pressures on Iran. Russia and China voted against the motion.

Head of the Atomic Energy Organization of Iran Mohammad Eslami said earlier on Sunday that the Islamic Republic will give a “firm response” to the IAEA Board of Governors’ anti-Iran resolution.

Eslami underlined that approving the resolution against the country was a “wrong measure” and will prompt a “firm response” from Iran.

“The nuclear programs of the Islamic Republic of Iran are moving forward according to the strategic action plan of the parliament, and the issuance of multiple resolutions against Iran will not cause any disruption in the progress of these programs,” the AEOI chief added.