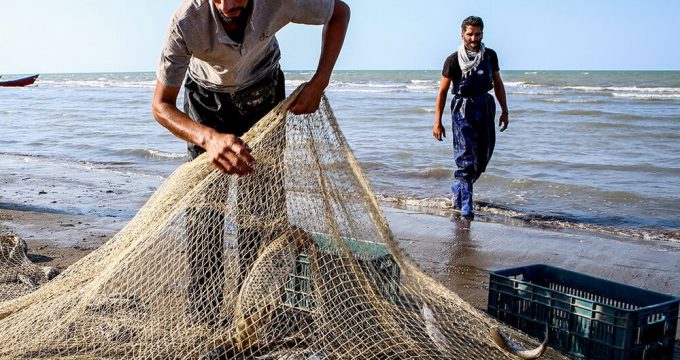 Head of Iran’s Fisheries Organization (IFO) has said his organization is planning to double the country’s aquaculture production by the Iranian calendar year 1404 (starting in March 2025), IRNA reported.

“In the development program of the [Iran] Fisheries Organization, the country’s aquaculture production is targeted to be doubled from 1.3 million tons to 2.6 million tons in the horizon of 1404,” Hossein Hosseini said.

Hosseini put the country’s annual fishery production at 1.259 million, saying that the production in the mentioned sector has increased by 90 percent since the Islamic Revolution.

Mentioning the 70-year history of modern aquaculture in Iran, the official said: “Having 5,800 kilometers of coasts in north and south, it is possible to increase the production and breeding of fish and shrimp from 1.3 million tons to 2.6 million tons in the horizon of 1404; It means that the production should be increased as much as the increase over the last 70 years.”

Considering the carried-out studies in the waters of the south and north, it is possible to breed up to 1.5 million tons of fish on the shores of the country, so, 500,000 tons of fish breeding in the sea has been put on the agenda for the horizon of 1404, the official said.

Hosseini further noted that there are 200,000 hectares of seashores suitable for shrimp breeding in the country of which 20,000 hectares are currently being farmed. He said his organization has targeted the production of 160,000 tons of shrimp in the mentioned farms.

The IFO head stated that the average per capita consumption of aquatic products in the world is 25 kilograms, while the figure in Iran is about 13 kilograms.

“Measures should be taken to increase per capita consumption in the country,” he said.

In terms of fishery export, back in late May, the official had said that the country is aiming to increase the exports of fishery products to one billion dollars by the Iranian calendar year 1404 (begins on March 21, 2025).

According to Hosseini, Iran exported 160,000 tons of fishery products worth $556 million last year.

Following the IFO’s reform plan, the organization is implementing a program to provide the country’s fisheries sector with low-interest bank loans since subsidized input is no longer provided for them.

Over the past three years, the efforts of the Aquatics Production and Trade Union of Iran, and the non-governmental sector have led to the addition of markets in countries such as Oman and Malaysia to Iran’s target export markets in the field of the fishery.

Enjoying high quality, Iran’s fishery products were sold easily in the export markets, and also some new export destinations welcomed these products in the past three years; as new markets including China, South Korea, and the Eurasian Union nations opened up for Iranian fishery products.