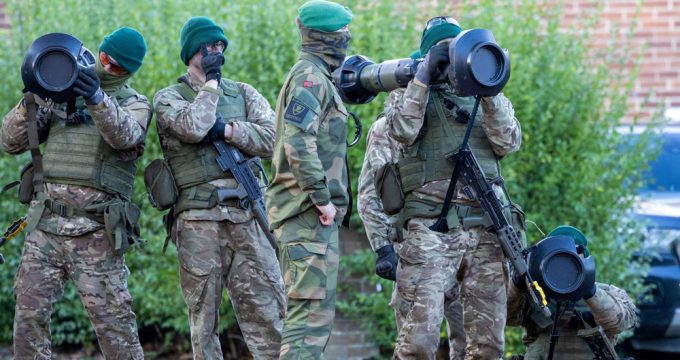 Iran’s foreign minister says his country opposes the continuation of the war in Ukraine and strives for a ceasefire between the warring sides.

Hossein AmirAbdollahian made the remarks during a Friday phone call with his Bulgarian counterpart Nikolay Milov.

AmirAbdollahian also dismissed Western allegations that Tehran has been providing drones to Moscow to use in the Ukraine war.

“According to Security Council Resolution 2231, we do not have a ban on the export and import of weapons, but we have not given any weapons to Russia to use in the Ukraine war,” he said.

He added that the Islamic Republic also opposes the expansion of NATO in the region.

In similar remarks earlier in the day, Foreign Ministry spokesman Nasser Kan’ani rejected accusations about Iran’s delivery of arms to Russia to be used against Ukraine, saying that the Islamic Republic is against any kind of war and favors ceasefire and peace.

“Sending Iranian weapons to Russia for use in the Ukraine war is a baseless accusation that they raise every day to legitimize their daily practice of exporting weapons to Ukraine,” Kan’ani wrote in a post on his Twitter account.

He said those who level such accusations against Iran are the ones who set the ground for the war and its continuation.

Iran has on multiple occasions rejected in the strongest terms the Western claims of delivery of weapons and drones to Russia to be used against Ukraine. Tehran says it has had a long-term defense cooperation with Moscow and pursues a resolution of the conflict through dialog and diplomacy.

Both Iran and Russia have in the past vehemently denied baseless allegations that Tehran provided Moscow with drones.

This is while the United States and its European allies have been providing Kiev with an assortment of arms and weapons, fanning the flames of war in the ex-Soviet republic.

Russia launched a “special military operation” in Ukraine on February 24 with the aim of “demilitarizing” the eastern Ukrainian region of Donbas, which is made up of the Donetsk and Lugansk republics. Back in 2014, the two republics broke away from Ukraine, refusing to recognize a Western-backed Ukrainian government there that had overthrown a democratically-elected Russia-friendly administration.

In response to the military operation, the US and its European allies have imposed waves of economic sanctions on Moscow, which has spawned the worst energy crisis in the world. At the same time, Western states have been supplying Ukraine with millions of dollars worth of advanced weapons and funds in a move that Moscow has repeatedly warned will only prolong the simmering conflict.