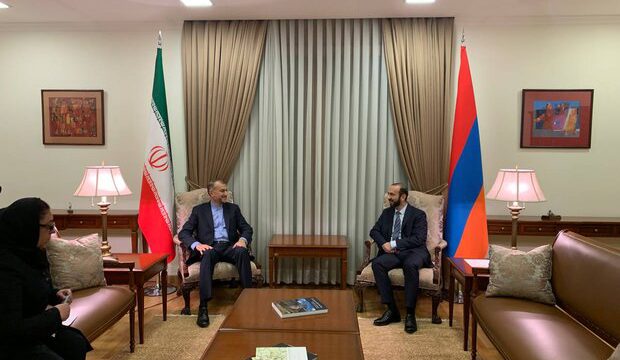 AmirAbdollahian said “I am pleased that during this trip we will witness the reopening of the Iranian Consulate General in Kapan.”

He added, “This development is another sign of the depth of historical relations between Iran and Armenia.”

The Iranian minister stated, “We have clearly stated our opposition to any geopolitical change of borders in the Caucasus region.”

He added, “Military conflicts between Azarbaijan and Armenia have created concerns in the region.”

AmirAbdollahian also said, “The Caucasus region is going through a sensitive period.”

He added, “We believe that respecting the territorial integrity of countries as a principle in the Caucasus region should be given serious attention.”

He also emphasized, “We have clearly declared our concern about any action that causes the presence of foreign forces in the region.”

He added, “Tonight is a good opportunity to have new agreements regarding the development of relations in various fields.”