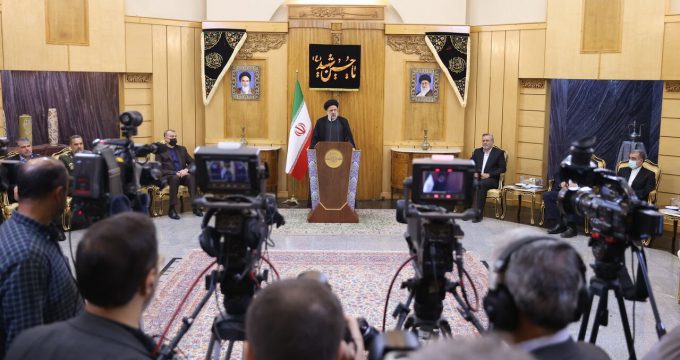 No meeting with US officials during UNGA, President says

Iranian President Ebrahim Raisi said here on Monday that no meetings and talks will be held with the US officials during his five-day visit to New York to attend the 2022 UN General Assembly session.

Presence in the UNGA is an opportunity for expressing the viewpoints of the Islamic Republic of Iran, President Raisi told reporters before departing for New York.

As the president underlined, his visit is taking place at the invitation of the UN chief to participate in the 77th General Assembly session.

This is a chance that should be grasped to voice out oppression maintained against the great Iranian nation, he noted.

About his plans, the president said he will hold bilateral talks with heads of the participating states.

Meeting with Iranians residing in the United States is also among the plans, he added.

At the end of his remarks, the president expressed hope to represent the Iranian nation well and to bring about significant impacts for the oppressed Muslim nations worldwide.