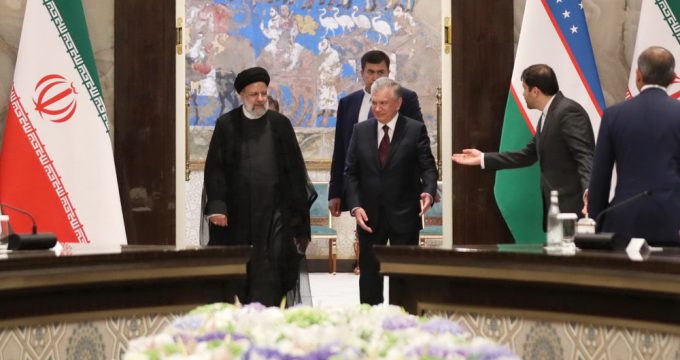 ran and Uzbekistan have signed a total of 17 memoranda of understanding (MoUs) as the two countries seek to expand their bilateral ties.

The documents were signed on Wednesday in a ceremony attended by Iranian President Ebrahim Raeisi, his Uzbek counterpart Shavkat Mirziyoyev and their accompanying delegations of ministers and government officials in the Uzbek city of Samarkand.

Iran’s official IRNA news agency said the MoUs would allow Iran and Uzbekistan to boost their cooperation in the fields of trade, cargo transit, cultural exchanges, health and customs issues, among others.

Raeisi’s website said in a report that Iranian president had hailed the signing of the documents as a major step toward the expansion of economic and trade ties between Iran and Uzbekistan.

Raeisi said the two countries can easily increase the size of their bilateral trade by three to four times from a current annual figure of around $500 million.

The Iranian president has traveled to Samarkand to attend a key summit of the Shanghai Cooperation Organization (SCO).