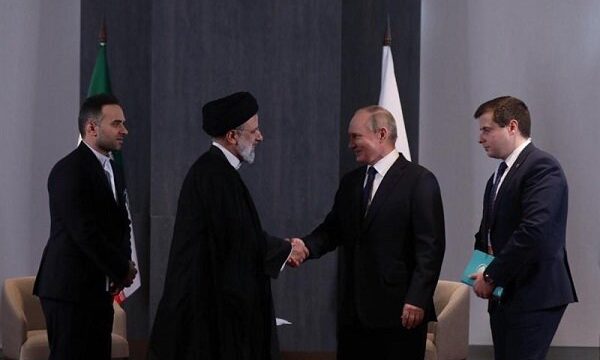 In the meeting, President Vladmir Putin said that Russia has spared no efforts to make Iran a full member of the Shanghai Cooperation Organization.

Putin added, “Our partners in the organization supported your request.”

According to the Russian president “trade with Iran increased by 81% last year and there has been another 30% in the first five months of this year.”

He added that a delegation from Russia with representatives of 80 large Russian companies will leave for Iran next week.

Putin further said that the work on the new cooperation agreement between Russia and Iran is in its final stages.

The Russian president went on to say that the Leader of the Islamic Revolution of Iran supports a lot of joint projects between the two nations, adding that the Russian side wants that support to continue.

Raisi, in turn, said that Iran believes that the SCO membership is a partnership that not only benefits Iran but also is in the interest of all members of the organization.