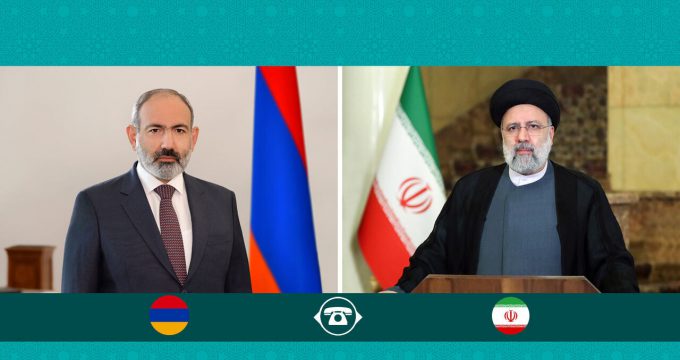 Iranian President Ebrahim Raisi said on Tuesday that security in the Caucasus region is of special significance to Iran.

Speaking in a phone conversation with Armenian Prime Minister Nikol Pashinyan, the Iranian president reiterated that Tehran is resolved to cooperate with Yerevan in all areas to help the interests and security of the whole region.

Expressing deep concern about the continuation of tension across the region, President Raisi regretted that peace and tranquility have not been yet restored in the Caucuses.

He referred to the infiltration of the Zionist regime in the region and said that this presence is a threat to regional security and to its hosts as well.

Noting that the region cannot tolerate a new war, the president said that the signatories to a trilateral ceasefire agreement have to remain committed to its text and refrain from taking any measure that could initiate another tension in the region.

The Armenian prime minister, for his part, briefed the Iranian president on the recent developments in the Caucuses region and said that Iran has always played a constructive role in resolving regional crises and tensions.

Pashinyan reiterated that his country is seeking further expansion of relations with Iran.