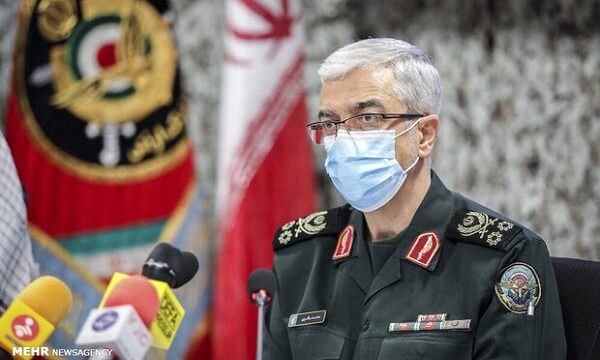 Major General Mohammad Hossein Bagheri warned about the Zionist regime’s joining the US CENTCOM, saying that it can create threats for Iran.

In recent months, the American terrorist army has been trying to fill its empty place in the Persian Gulf and the Oman Sea by connecting the Zionist regime to the US CENTCOM, Major General Mohammad Hossein Bagheri, the Chief of Staff of the Iranian Armed Forces wrote.

According to him, Iran has conveyed a warning message to the host countries of the American army through the Ministry of Foreign Affairs.

In order to counter any threats,  General Bagheri said, “We have increased our readiness by expanding our presence and conducting various naval missile and drone exercises.”