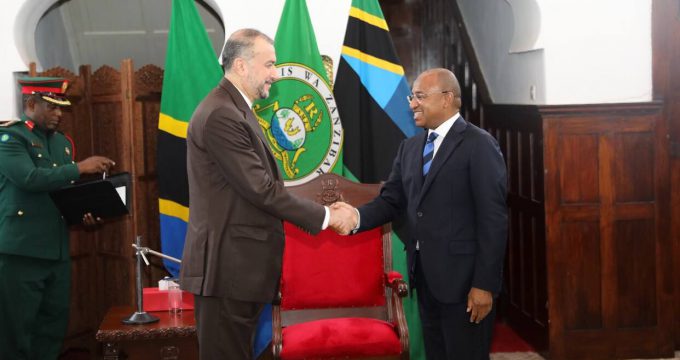 Iran’s Foreign Minister Hossein Amirabdollahian on his visit to Zanzibar held a meeting on Friday with President Mwinyi.

Expressing hope that Iran and Zanzibar could improve ties and promote cooperation, the president of Zanzabar thanked Iran for its support for his country.

Amirabdollahian’s first visit to African countries as a foreign minister began on Monday, August 22. He first visited Mali and Tanzania; he then left Tanzania for Zanzibar late Thursday night.