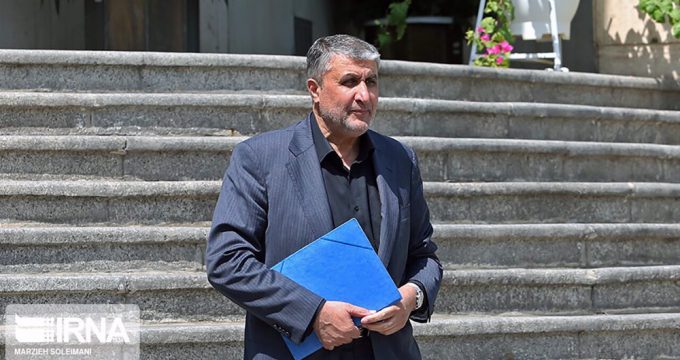 Iran’s nuclear chief says Israel is pushing ahead with a terrorist plot for a psychological war against the Islamic Republic’s nuclear program by repeating baseless allegations against the peaceful activities, warning the UN nuclear watchdog not to advance the regime’s agenda.

Speaking to reporters on Tuesday, Head of the Atomic Energy Organization of Iran (AEOI)  Mohammad Eslami once against dismissed as baseless the recent allegations leveled by the International Atomic Energy Agency (IAEA) against Tehran’s conventional nuclear work.

“The issue of utmost importance is that Iran is a signatory to the Nuclear Non-Proliferation Treaty (NPT). All of the Islamic Republic of Iran’s nuclear activities are in accordance with the Safeguards Agreement. The IAEA is present in Iran and is strictly monitoring the country’s nuclear activities,” he said.

Eslami further urged the IAEA not to raise accusations against Iran based on claims made by the Tel Aviv regime, stressing that Tehran would never surrender to the UN nuclear watchdog’s Israeli-influenced political approach.

He also said that Iran believed the recent remarks made by IAEA chief Rafael Grossi had been distorted for political purposes, cautioning that Israel’s pressures have deviated the UN nuclear watchdog’s reports from technical approach.

He further said Iran expects the IAEA to ignore the fuss that the Israeli regime has made against its nuclear program for over 20 years, emphasizing that the UN nuclear watchdog should not allow the political influence of certain entities to affect its decisions.

Early this week, Grossi repeated previous accusations against the Islamic Republic, calling on Iran to explain what he claimed to be “traces of enriched uranium” found at the country’s nuclear research sites three years ago.

In an interview with with CNN on Monday, Grossi said the Agency would not drop that probe without “technically credible explanations” from Iran.

This is while Iran has already provided the necessary information and access to the IAEA.

The IAEA’s claims are believed to be one of the main obstacles to the revival of the 2015 Iran deal, which the US abandoned in 2018 and claims it wants to return to.

The IAEA’s claims are believed to be one of the main obstacles to the revival of the 2015 Iran deal, which the US abandoned in 2018 and wants now to return to.

Last Monday, Iran said it had responded to a European Union proposal aimed at salvaging the 2015 nuclear deal, and that it was now Washington’s turn to show realism and flexibility if it really wanted a final agreement to be reached.

The US is currently said to be studying Iran’s response to the proposals and is expected to give its own answer in days.