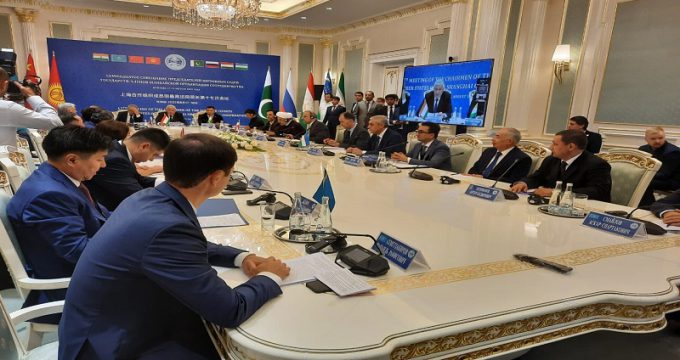 The first deputy of Iran’s Judiciary considered the imposition of unilateral sanctions, imposition of will and coercion against the law and violation of human rights.

In recent decades, economic sanctions have become a tool for bullying countries to put pressure on independent countries in the world arena; Since the early 1990s, the United States, the European Union, and other developed economies have imposed hundreds of economic sanctions against other countries.

Since the victory of the Islamic Revolution, the enemies of the Iranian people are always trying to hit the country’s economy by imposing sanctions, and they have not refrained from sanctioning any industry.

According to Iran news agency, Mohammad Mossadegh, the first deputy of Iran’s judiciary, who has traveled to Tajikistan to participate in the 17th meeting of Meeting of Presidents and Chief Justices of the Supreme Courts of the SCO Member States, at the head of a judicial delegation, at the closing ceremony of this meeting, called the event as a symbol of the convergence and belonging of the will of the governments on cooperation and the dynamics of legal capacities.

Mossadegh attributed the promotion of judicial proceedings in countries to the exchange of experiences among them and added that the imposition of sanctions, unilateralism, imposition of will and coercion are contrary to the dynamics of rights and violate human rights.

The first deputy of Iran’s Judiciary also emphasized the readiness of the judicial system of the Islamic Republic to exchange experiences with other member countries, especially in areas such as cybercrimes and the use of artificial intelligence in judicial proceedings, as well as alternative punishments of imprisonment.

The 17th meeting of Meeting of Presidents and Chief Justices of the Supreme Courts of the SCO Member States, was held on Thursday and Friday, hosted by Tajikistan, in Dushanbe.

In this meeting, alternative punishments of imprisonment, adoption conditions, bankruptcy of natural and legal persons, cybercrimes, use of new technologies and artificial intelligence in the process of criminal investigations and proceedings were the main topics discussed by the members of the Shanghai Cooperation Organization.

The 18th summit will be held next year and hosted by India in New Delhi.