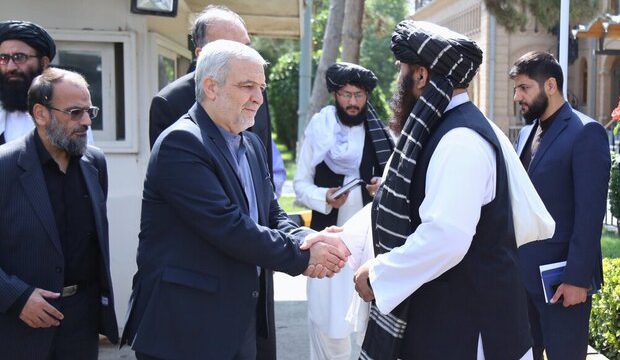 Two civilians were killed Saturday in a blast that rocked the Dasht-e-Barchi neighborhood of Kabul a day after Daesh killed a prominent Afghan cleric in the Afghan capital.

The escalating ISIS attacks in Afghanistan have raised alarm bells in Kabul and Tehran alike as they targeted Taliban and Shiite people. The August 6 attack took place in the western district of Kabul where members of the minority Shi’ite Muslim community regularly meet. It occurred on the eve of the Day of Ashura, a commemoration of the tragic martyrdom of Imam Hussein (AS), a grandson of the Prophet Muhammad, which is marked mainly by Shi’ite Muslims.

And on Thursday, Daesh killed a senior Taliban cleric whose death was mourned as a “huge loss” by the Taliban. Sheikh Rahimullah Haqqani, a prominent Afghan cleric who supported the Taliban and was in favor of female education, was targeted on Thursday by a man who detonated explosives hidden in an artificial plastic limb.

“Very sadly informed that respected cleric [Sheikh Rahimullah Haqqani] was martyred in a cowardly attack by enemies,” said Bilal Karimi, a spokesperson for the Taliban administration, on Thursday.
Daesh claimed responsibility for killing the cleric, further widening the wedge between itself and the Taliban.

The recent Daesh attacks against Shiites and the Taliban prompted Tehran and Kabul to discuss ways to counter the common enemy that is Daesh.

To this end, Hassan Kazemi Qomi, the Iranian special envoy for Afghanistan, held meetings with Taliban officials to discuss anti-Daesh measures, among other things.

“In these meetings, the two sides stressed the need for promotion of positive interaction and expansion of relations in various fields, particularly the economic field, and called for enhancement of security cooperation in the fight against Daesh and outlaws on both sides of the common border,” Kazemi Qomi said on Twitter.

Kazemi Qomi also noted that Iran and the Taliban emphasized the need for vigilance and caution in countering the common enemies, who seek to sow discord between the Iranian and Afghan nations.

Hafiz Zia Ahmad, Deputy Spokesman and Assistant Director of Public Relations at the Afghan Foreign Ministry, said a variety of bilateral issues were discussed in the meeting and at the end of the meeting it was decided that an Afghan delegation will travel to Iran to discuss a number of issues.