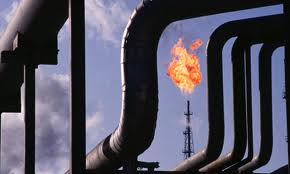 Spokesman for Iraqi Ministry of Electricity Ahmad Mousa al-Abadi on Saturday said that talks are ongoing between Iranian and Iraqi officials in order to import gas from Iran.

Gas imports from Iran stand at 45 million cubic meters but Iraq’s need is much more than the said amount, he added.

The Iraqi Ministry of Electricity announced that it is negotiating with the Iranian side to increase the import of gas to Iraq needed for the operation of the country’s power stations.

Turning to Iraq’s payment of its debt to Iran for importing energy, he further noted that Iraq had paid off $1.6 billion as a gas debt to Iran at the end of last June, based on which, Iran’s export of gas to neighboring Iraq increased by 5 million cubic meters per day.