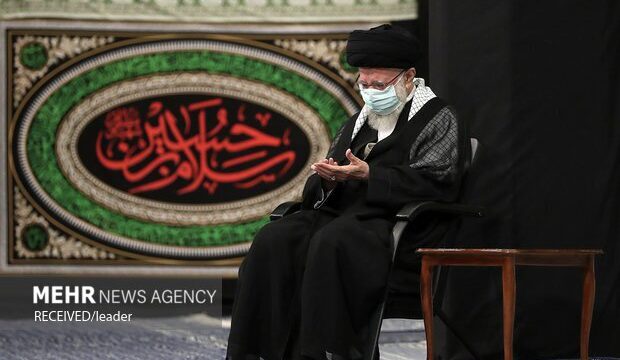 Like the previous two years, the mourning ceremony was held without the participation of people due to the outbreak of coronavirus pandemic and the Leader’s insistence on following the health protocols and guidelines.

Imam Hussein (PBUH), a grandson of Islam’s Prophet Muhammad (S), and his 72 true companions were martyred in the Battle of Karbala in 680 AD. Every year in Muharram, the first month in the lunar Hijri calendar, Shia Muslims around the world commemorate the martyrdom of the Third Shia Imam, Imam Hussein (PBUH) and his companions.