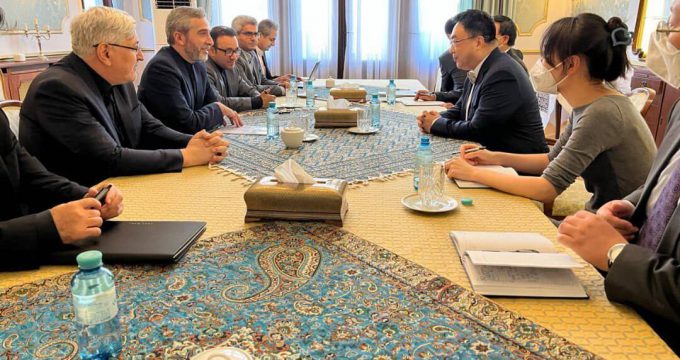 The Iranian and Chinese negotiators in the talks over the revival of the 2015 Iran nuclear deal, known as the JCPOA, held talks in Vienna on Thursday.

They arrived in the Austrian capital Vienna earlier on Wednesday.

More negotiations are set to take place between the Iranian team and other parties within different formats.

The JCPOA revival talks are resumed after they were paused for three months over what Iran calls the US failure to make a political decision to return to the deal and fulfill its commitments.

The US withdrew from the JCPOA in May 2018, reinstating sanctions on Iran.

The Islamic Republic says the sanctions should be fully removed in a verifiable manner.