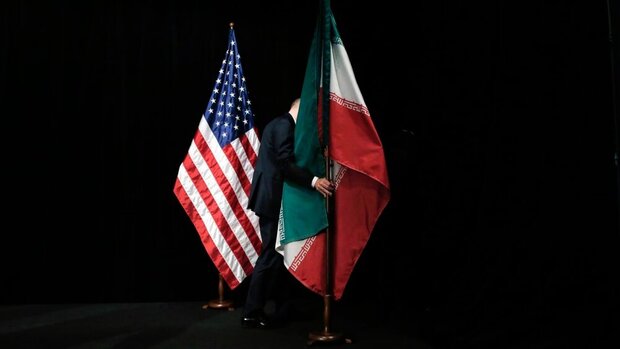 In a move that contradicted its stated policy of returning to the 2015 Iran deal, the Biden administration imposed new sanctions against Iran allegedly targeting foreign firms facilitating Iranian oil sales.

The sanctions came at a time when the Biden administration while refraining from making political decisions to conclude talks over reviving the 2015 nuclear deal, has put the blame for the pause in the talks on Iran, though Iran keeps announcing its readiness to conclude the negotiations in a short period of time.

Iranian Foreign Minister Hossein Amir Abdollahian announced on Monday that Iran was ready for making a deal. “I want to reiterate once again that we are serious about reaching a good, strong, and lasting deal. If the American side behaves realistically and shows the necessary flexibility in the possible negotiations, reaching a deal will not be out of reach,” he said, according to Fars News.

And Iran’s chief negotiator, Ali Bagheri Kani, has said Iran is ready to conclude the talks in a short period of time if the US is ready to reciprocate.

But Iran’s repeated calls for a conclusion of the talks seem to have fallen on deaf ears in Washington. The new US sanctions elicited a strong response from Iran because it believes that the new sanctions are meant to extract concessions.

Amir Abdollahian said the US can’t get concessions at the negotiating table by imposing sanctions.

“The Americans should not think that they can get concessions at the negotiating table with these measures. They should abandon their excessive demands and if they continue to pursue such demands, we will never sit idly by,” he said.

Amir Abdollahian said Iran responded to the new sanctions by injecting uranium gas into hundreds of advanced centrifuges. “We are witnessing the madness of imposing sanctions, which of course is just a show and has no tangible impact on the ground. In response to this American action, we inject gas into hundreds of new generation centrifuges,” he said.

The Iranian foreign minister said the new sanctions were imposed at a time when all parties were reviewing the initiative presented by the EU foreign policy chief, Josep Borrell. The parties, he continued, were considering another round of talks in Vienna.

That seems to be the reason why Iran strongly responded to the US move. Because Iran has said it never accepts negotiations under pressure.

Iran and the US have been engaged in indirect negotiations over reviving the 2015 nuclear deal, formally called the Joint Comprehensive Plan of Action (JCPOA), since April 2021. And eight rounds of talks have so far been held, with the last round held in Doha, Qatar. After the Doha talks, Iran said it made all the political decisions needed to conclude the talks and that the onus is on the US to do its part. But the US has put the blame on Iran and, together with its European allies, even accused Iran of using delaying tactics, a charge Iran firmly denies.

The new US sanctions appear to be meant to change Iran’s calculus and force it into taking the draft deal currently on the table. But Iran’s nuclear response showed that Tehran is unlikely to budge. Furthermore, the US sanctions could further damage the credibility of the Biden administration’s commitment to diplomacy with Iran. Many pundits in Iran believe that the new sanctions are indicative of the contradictory approach of the US toward Iran, which could further enhance Iran’s insistence on its demands.