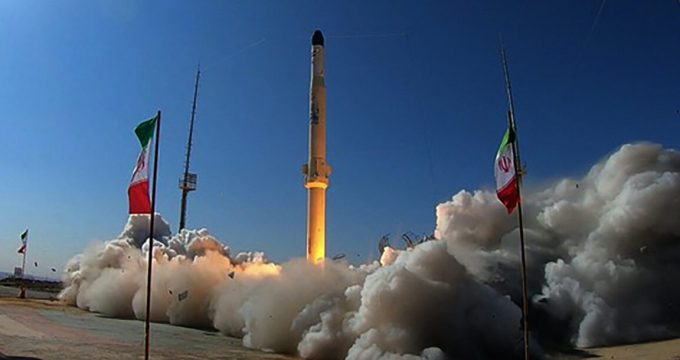 Iran’s new satellite to be launched into orbit

The Roscosmos, a Russian space agency, announced on Wednesday that it will launch Iran’s Khayyam satellite into space on August 9, 2022.

Russia will launch a satellite on behalf of Iran into space on August 9, the Roscosmos space agency said on Wednesday, Reuters reported.

Khayyam, a remote sensing satellite, will be sent into orbit by Soyuz rocket, Roscosmos said.

The State Space Corporation “Roscosmos” is a state corporation of the Russian Federation responsible for space flights, cosmonautics programs, and aerospace research.

“Khayyam” is a sensing type with high imaging accuracy and is capable of shooting from the earth’s surface in different visual spectrums with a resolution of one meter.

It should be noted that due to the heavy weight of this Iranian satellite, its launch has been handed over to the Russian Space Agency to be launched and put into orbit by a Soyuz rocket.

a Russian space agency, Iran's Khayyam satellite, Iran's new satellite to be launched into orbit, Roscosmos August 3, 2022
How much is the clash of clans account worth?
Iran’s negotiating team to leave Tehran for Vienna within hours