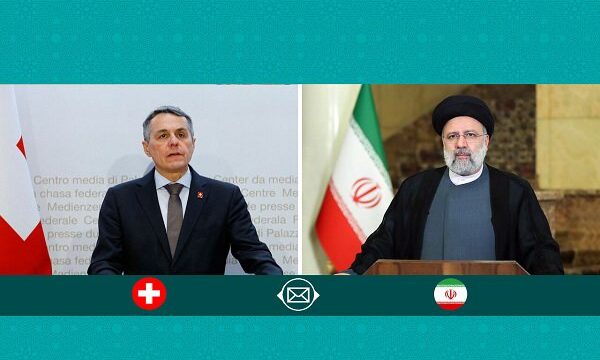 Iranian President Ebrahim Raisi congratulated his Swiss counterpart on the country’s National Day and expressed hope for the expansion of relations between the two countries in different fields.

In a message to Ignazio Cassis, the President of the Swiss Confederation, the Iranian president congratulated on the Swiss National Day.

Raisi expressed hope that the relations between the two countries will expand more and more in various bilateral, regional and international fields based on mutual interests and within the framework of the designed roadmap.