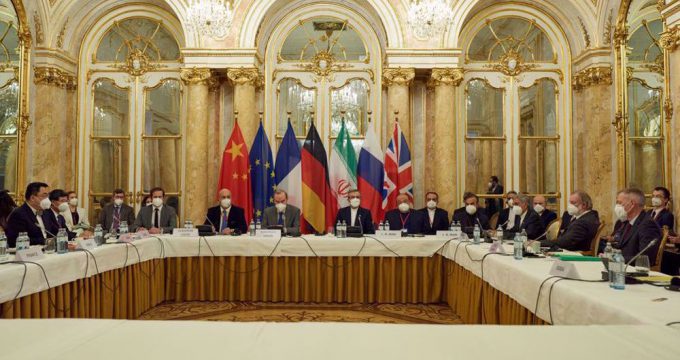 Iran’s Nour News, affiliated with the country’s Supreme National Security Council (SNSC), says a fresh round of talks on the removal of anti-Tehran sanctions is highly expected to be convened in the Qatari capital of Doha.

Nour News made the announcement in a Persian-language tweet on Sunday, a day after a meeting with the European Union foreign policy chief Josep Borrell. The European Union’s top diplomat traveled to Tehran to hold negotiations with the country’s high-ranking officials as part of efforts aimed at resuming stalled Vienna talks on the fate of the 2015 Iran deal, officially known as the Joint Comprehensive Plan of Action (JCPOA).

“After Borrell visited Tehran, everyone is keeping an eye out for the date and venue of the forthcoming negotiations and how they are going to take place. Borrell had said the talks would not be held in Vienna,” the tweet said.

“Based on the news received by Nour News, Doha has a better chance of hosting the upcoming talks, given Qatar’s continued efforts in this regard.”

In a meeting with Borrell on Saturday, Ali Shamkhani, the SNSC’s secretary, blasted Europe’s inaction and the US’s lack of commitment to its obligations as per the 2015 agreement, saying Tehran plans to continue its remedial nuclear measures until the West changes its illegal approach.

Shamkhani underlined that the removal of illegal sanctions and full and lasting realization of the economic benefits of the JCPOA are Iran’s main objectives in engaging in the talks with the P4+1 group of countries in the Austrian capital of Vienna.

Borrell, for his part, said the possible JCPOA revival under the current global circumstances can be regarded as a very important security achievement in the international system.

The senior EU diplomat criticized the United States for copping out of the multilateral agreement and said all the parties to the JCPOA must look ahead to the future to reach a good final deal.

Iranian Foreign Minister Hossein AmirAbdollahian earlier in the day said Tehran is ready to resume the stalled talks with the P4+1 group of countries in Vienna to revive the 2015 deal.

“We are ready to resume the Vienna talks within the next days,” AmirAbdollahian said, without providing details on the exact day or venue of the high-level negotiations.

Negotiations have been held in the Austrian capital since April last year to restore the JCPOA, which was ditched by former US President Donald Trump in May 2018.

In quitting the agreement, Trump unleashed what he called the “maximum pressure” campaign to bring Iran to its knees. Tehran maintains that the policy has failed dismally. The Biden administration agrees, yet it has not taken any tangible steps to deliver on its promise of repealing the policy.

In recent months, Iran has cited Washington’s indecisiveness as the reason behind the protraction of the talks, as several key issues remain unresolved, ranging from the removal of all post-JCPOA sanctions to the provision of guarantees by the American side that it will not leave the deal again.

In 2019, Iran started its remedial measures by reducing its commitments to the 2015 nuclear deal after the European parties to the deal — France, Germany, and Britain — failed to fulfill their commitments to Tehran by confronting the unilateral US sanctions.

Tehran began to gradually remove a cap set in the JCPOA on its nuclear activities at bi-monthly intervals. At the time, Tehran insisted if the Iranian economy was shielded from sanctions, it would reverse its nuclear decision.