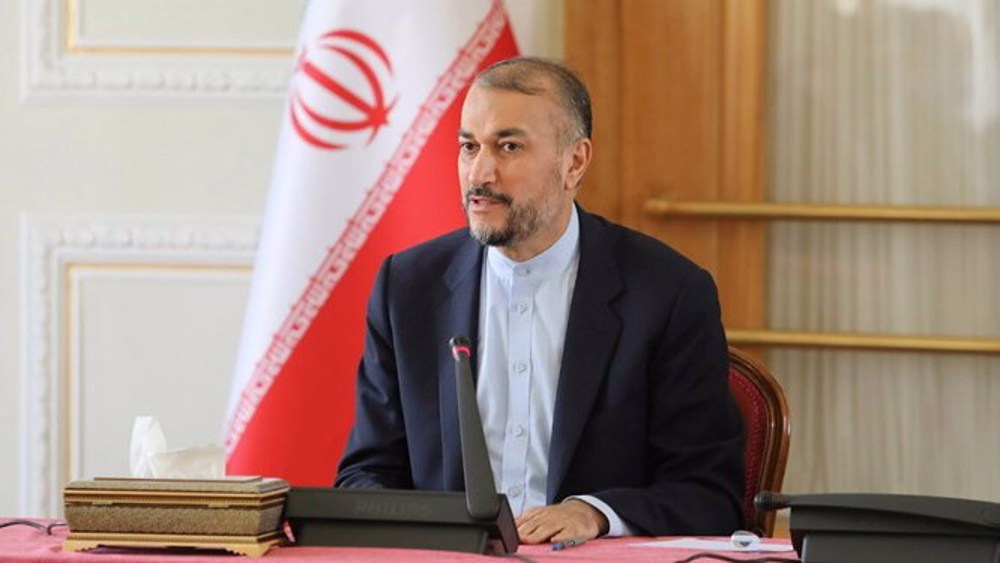 The Iranian Iranian Foreign Minister Hossein Amir Abdollahian said in a joint press conference with his Russian counterpart Thursday that, “We will not allow the Zionist regime to threaten the security of the region.”

Iran’s foreign minister said at a joint press conference with the Russian counterpart that “I had a good meeting with Mr. Lavrov. We discussed the most important issues of bilateral relations, as well as regional and international issues. One of the issues under consideration is the Treaty on Long-Term and Strategic Comprehensive Cooperation between the two countries.”

“We thank the friendly countries of Russia and China for expressing their opposition to the recent IEAA Board of Governors’ resolution. We thank Russia for its continued support in continuing to work at the agency in support of Iran’s sensible interests and positions.”

The Iranian minister added “We discussed with Lavrov once again that if the talks continue, which I hope will resume in the near future and planning in that regard is on the foreign ministry’s agenda, with the realism of the US side, we can reach the final station of reaching an agreement in the near future. In this framework, Mr. Lavrov emphasized support for Iran’s political positions in the negotiations and expressed Russia’s support if the talks reach the point of an agreement.

“On the Ukraine issue, we believe that US actions are being carried out under the guise of the NATO, and Iran does not consider the war in Ukraine as a solution while sticking to a common political stance on the war and a lack of a double standard policy.”

Elsewhere, Amir Abdollhian said, “We will not allow the Zionist regime to threaten the security of the region.”

“We talked about some of the Zionist regime’s increasing bullying, and the fact that the region will not allow the regime to threaten its security and progress.”

“Our trade increased by 80 percent last year to about $4 billion. We need to find certain ways to expand relations in the energy, transportation and agriculture, finance and customs fields. We work on Bushehr power plant’s second and third phases.”

“The two countries are planning to expand relations. We share a common stance that our bilateral relations were able to reach a high level. In this goal, we are working on another major agreement, the initiative of which was put forward by the Iranian president.”

“It is our duty to expand relations, while the US and its allies’ sanctions try to prevent the development of relations.”

Lavrov added that both Iran and Russia condemn the sanctions which are in violation of the UN Charter and the international laws.

“As for the JCPOA, our goal is to correct the wrong thing the United States did. When the United States withdrew from the JCPOA and the UN resolution (that endorses it), it once again violated international law. We need to revive the JCPOA in the same format it was in 2015 without any amendments. All illegal sanctions against Iran that are in violation of the JCPOA, must be lifted. I hope America makes its sensible choice.”

The top Russian diplomat also said, “We are committed to our duties that lead to the stability of the Persian Gulf region. We are ready to create a cooperative dialogue between Iran and the Arab littoral countries of the Persian Gulf.”

As regards the Ukraine issue, he pointed out that the Westerners are trying to make Ukraine a base to threaten Russian soil.

Lavrov also noted that “The Russian Federation and Putin repeatedly explained that we had no other choice to secure the interests of the Russian and Donbas people. We are sure that the countries of the world are aware of this situation.”

The Iranian foreign minister, in turn, said that neutralizing the sanctions is on Iran and Russia’s agendas.

The Russian foreign minister went on to say that it is the US that hinders the talks on the JCPOA revivial.

“We told our Iranian friends that we support their position to fully revive the JCPOA without any cuts and add to it,” Lavrov asserted.