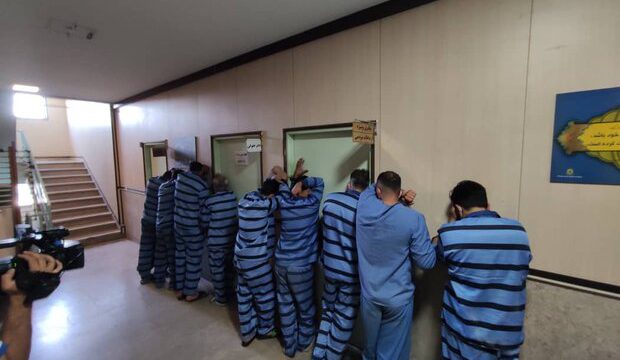 In a statement on Friday morning, the Tehran Police said that burglars who stole from more than 160 safe boxes at a major branch of Bank Melli in downtown Tehran few days ago were detained in Iran and a neighboring country.

The Law Enforcement Force or the Police in Iran said in a statement on Friday that the thieves who broke into the Tehran University Branch of Bank Melli in downtown Tehran were arrested.

The statement said that the Greater Tehran Police forces could identify and arrest the burglars of more than 160 safe boxes by cutting through the wall of the bank from the building next door on Thursday night, June 6. The thieves took advantage of a three-day holiday.

The thieves had fled to a neighboring country after the robbery, but were arrested by police and returned to Iran, the statement added.

Meanwhile, the Tehran prosecutor Ali Salehi announced on Friday afternoon the arrest of 13 thieves and said the bulk of the stolen property have been found.

Salehi said a large part of the stolen items were discovered at Imam Khomeini Airport in Tehran.

He added that the as many as 13 suspects who were involved in the burglary have been handed over to the judicial authorities while the investigations are still continuing into the matter.