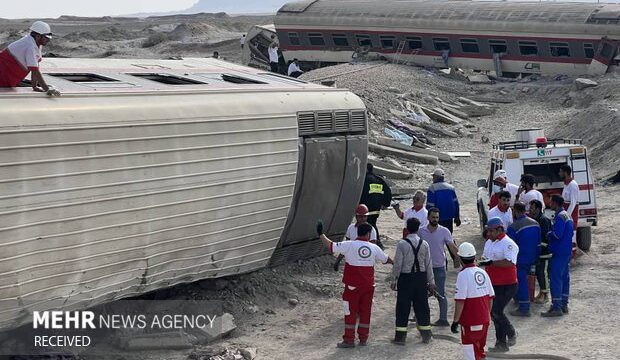 Head of the IRCS in South Khorasan on Wednesday said that the derailment of a passenger train on the Tabas-Yazd railroad track has so far left 17 passengers dead and 30 others injured.

Some 5 passengers are in critical conditions, he said, adding that they have been dispatched to the hospital.

He went on to say that nine rescue teams of the IRCS are carrying out the necessary relief measures.

Two helicopters have been dispatched to the location, he said, noting that air and ground relief is being carried out to transport the injured of the incident.

Passing an excavator over the track has been announced as the cause of the incident.