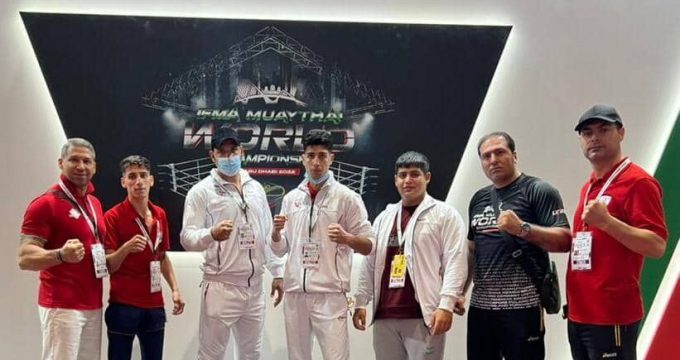 The 2nd day of 2022 World Muaythai Championship ended in Abu Dhabi with four more victories for the Iranian athletes increasing the number of the Iranian National Muaythai Team’s medals to 9.

On Sunday, the second day of the competitions the matches were continued in adults and under 23-year old (U23) levels and the Iranian athletes gained four more medals.

In under 60kg and a quarter final match, Iran’s Fatemeh Hosseini beat her Syrian competitor in a close game 29-28.

In minus 81kg Iran’s Ramin Alizadeh beat the Polish champion Rafael Radoz to go to the next level.

In quarter final of the minus 45kg of adult women, Iran’s Reyhaneh Saidi beat her Saudi competitor 20-17.

And in plus 91kg, Iran’s Behnam Dafari beat Yahya Al-Shaia 10-8 to reach the second round.

The 2022 World Muaythai Championship began in Abu Dhabi on Friday, May 27 and will end on June 5. More than 800 athletes from 100 countries are competing in the competitions.