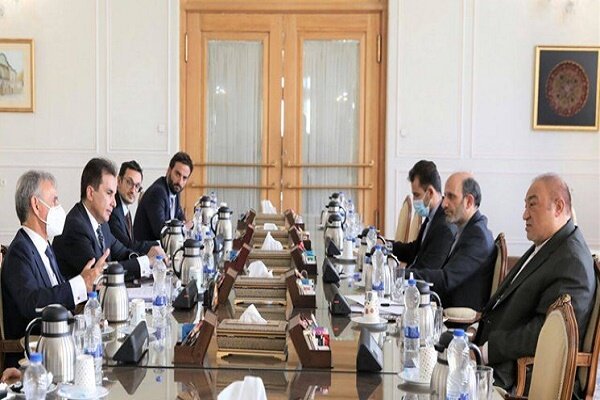 Secretary-general of Italy’s foreign Ettore Francesco Sequi, in a meeting with Iranian Deputy Foreign Minister for Economic Diplomacy Mehdi Safari, said that his country seeks to use Iran’s economic capabilities.

Safari on Wednesday met with visiting Sequi in Tehran to discuss economic and trade ties between the two countries.

Referring to the cooperation capacities of the two countries, Safari stressed the need to develop economic cooperation between Iran and Italy.

Reviewing the areas of cooperation, he noted, “Italian companies have a good position with Iranian businessmen in the past, and this is an opportunity that Italy should seize.”

Sequi, for his part, announced his country’s willingness on using the economic potential of Iran-Italy relations and expressed hope that the Vienna negotiations to be successfully finalized.

“Italian companies have had an active presence in the Iranian market in the past, which can be strengthened in the new era,” Sequi added.

Ways to develop cooperation in the economic and trade fields were discussed by the two sides in the meeting.