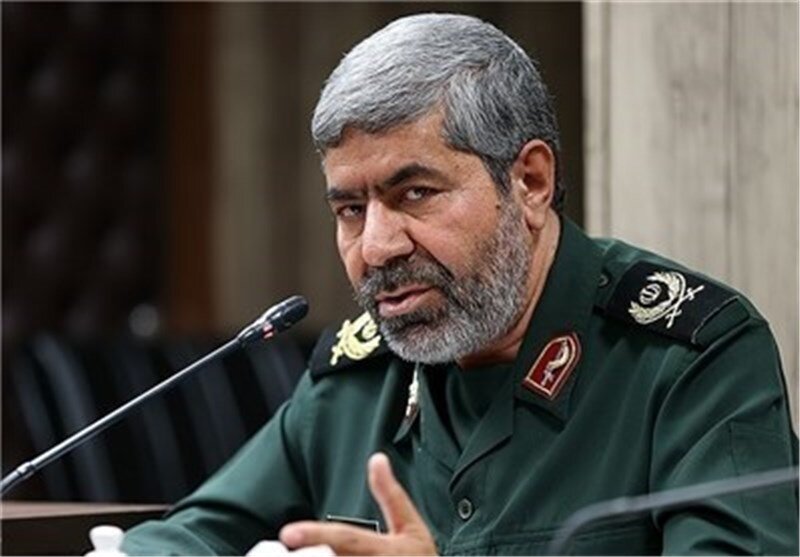 Brigadier General Ramezan Sharif, spokesman for the Islamic Revolution Guards Corps (IRGC), asserted on Sunday that the Israeli regime will never be allowed to station troops near Iran.

The Israeli rulers have openly said that they consider the targeting of “our figures” and the identification of “our bases” seriously, the spokesman said.

To preserve the Islamic Republic’s security and national interests, the top general said, Tehran never tolerates the Israeli bases in the region.

General Sharif warned that if the Islamic Republic of Iran is assured of any wicked deed by the Zionists wherever, it will repeat its previous devastating and crushing responses.
“We’ll never budge an inch on people’s rights,” he underscored.

“We explicitly declare and warn that the continuation of such relations are not acceptable at all, and they should know that the existence of the evil Zionist regime everywhere is a cause of insecurity,” he added.

In March, General Salami warned Israel that any more misdeeds against Iran will be met with overwhelming retaliation.

Iran will react because Iranians would not tolerate terrorism against their soldiers, hence retribution is a genuine and serious message, General Salami stated during a ceremony in Dezfoul, Khuzestan province.

He cautioned the Tel Aviv regime about the repercussions of their continuous miscalculations and urged them to put an end to their vicious deeds.