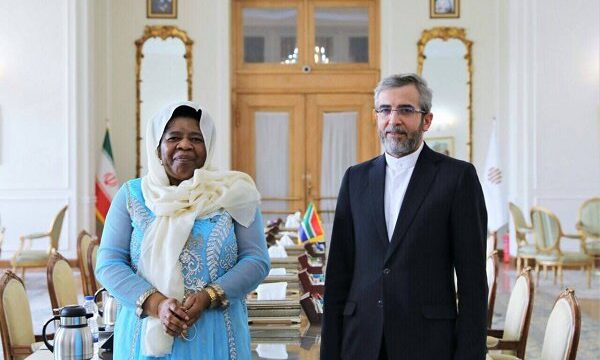 He also called for diversification of cooperation between the two countries along with the development of relations.

“Since the diversity and extent of human rights abuses between Iran and South Africa by Westerners is unparalleled in the world, Tehran and Pretoria can be the global flag bearers of human rights protection against Westerners,” she added.

Mashego-Dlamini also called for continuous consultations with Iran on important developments in Africa and regional and international events.

Candith Mashego-Dlamini arrived in Tehran at the head of a delegation to attend the 10th meeting of the Iran-South Africa political consultative committee.

She also met and held talks with the Iranian Foreign Minister Hossein Amir-Abdollahian on Sunday. 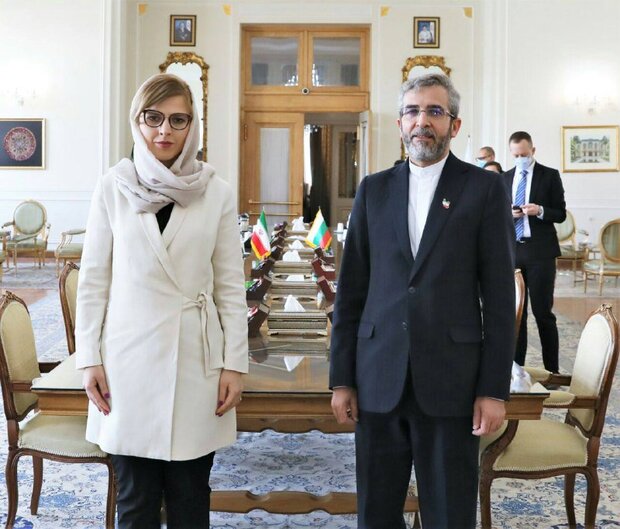 During his meeting with Petrova, Bagheri expressed Iran’s readiness for accepting Bulgaria’s investment in Iran with the aim of improving the level of specialized cooperation.

Referring to the long history of diplomatic relations between Iran and Bulgaria, Petrova, for her part, said that her country’s membership in the European Union lays more grounds for cooperation between Tehran and Sofia.

She also stressed the importance of establishing direct flights between Sofia and Tehran as facilitating public, commercial, and macro relations between the two countries.

Latest regional and international developments and the need for continuous consultation and exchange of experiences in various fields, including issues and consequences of the reception of immigrants and refugees were among other topics discussed by Bagheri and Petrova.