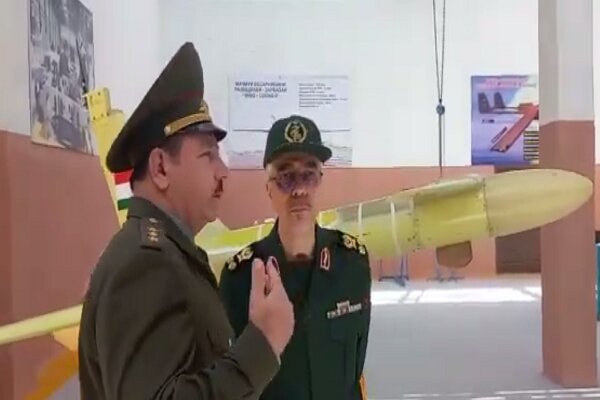 The Ababil 2 UAV production plant was inaugurated in the Tajik capital of Dushanbe in the presence of Chief of Staff of the Iranian Armed Forces Major General Mohammad Bagheri and defense minister of Tajikistan Sherali Mirzo.

In order to strengthen and develop joint defense and military cooperation between the two countries, this factory was inagurate3d in the presence of a group of Iranian and Tajik officials.

Stating that the Islamic Republic of Iran was able to grow significantly in all military and defense dimensions, especially drones production, General Bagheri said, “Today, we are in a position where we, in addition to meeting domestic needs, can export military equipment to allied and friendly countries in order to increase security and lasting peace.”

He described the opening of the Ababil 2 plant in Tajikistan as a turning point in military cooperation between Iran and Tajikistan, adding that more cooperation and interaction from all levels of military defense between the two countries are underway.

At the end of the inauguration ceremony, the symbolic key to the opening of the factory and the certificate of completion of the training course was awarded to the commander and staff of the Tajik Air Force.

The two sides stressed the need for continued interactions, consultations and specialized meetings on regional and inter-regional issues.