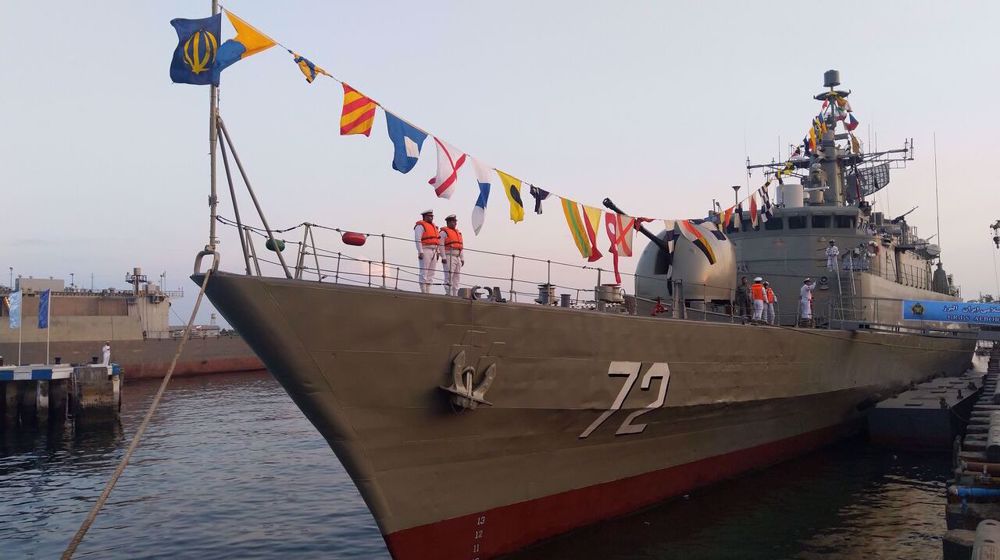 An Iranian Navy’s fleet of warships has rescued the crew of an Omani launch that had been stranded at the northern tip of the Sea of Oman and off the strategic Makran coast due to a technical defect.

The Iranian naval team rescued the launch and its crew members.

Given the severe damage that the Omani vessel’s propulsion system had sustained, an Iranian Navy’s tugboat towed the ship to Makran coast, and handed it over to Iranian coastal guards.

The development came only a few days after Iranian naval forces prevented pirates from hijacking one of the country’s merchant ships sailing in the Gulf of Aden.

The Iranian cargo vessel came under attack from pirates early on Friday, and the Iranian Navy’s escort team was dispatched to the area after having received a mayday call.

The pirates were later forced to flee following an exchange of fire with marines on board the Iranian Navy’s 80th flotilla of warships.

Currently, the 80th naval fleet of the Islamic Republic of Iran, including Alborz destroyer and Bushehr naval escort ship, are operating in the Indian Ocean and the Gulf of Aden for convoy of vessels including merchant ships and oil tankers.