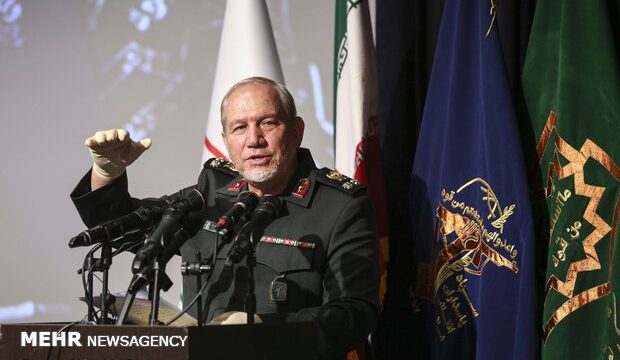 Referring to the strategic position of the Persian Gulf and the Sea of ​​Oman, Major General Safavi said that the adoption of the ocean-based strategy plays a decisive role in the economic prospect of the region.

During a visit to various parts of Shahid Rajaei port on Sunday, a top military aide to the Leader of the Islamic Revolution spoke about ocean-based development strategy and its role in the national and regional economy.

Referring to the toughest sanctions imposed against the Islamic Republic of Iran, especially in the maritime areas, Major General Yahya Rahim Safavi said, “Regarding the strategic position of the Persian Gulf, the Strait of Hormuz, and the Sea of ​​Oman, adoption of the ocean-based strategy palys a decisive role in the economic prospect of Iran and the region.”

Such a strategy will also have positive effects on export, trade, and transit activities, he added.

Having 2,238 kilometers of coastline and more than 71 large and small ports, the southern provinces of Iran, especially Hormozgan province play a very important role in the development of the national economy, General Safavi stressed.