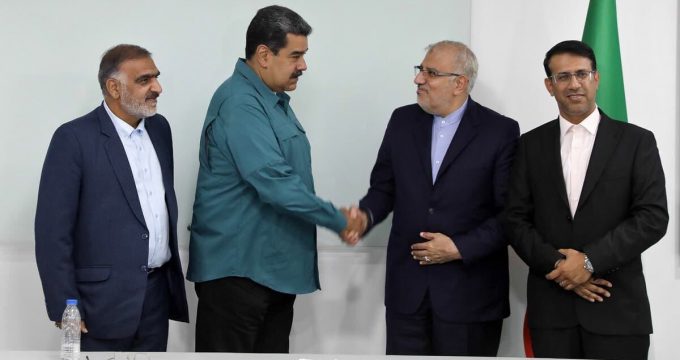 Iran’s oil minister has paid an official visit to Venezuela where he met with President Nicolas Maduro and discussed ways to “overcome” the effects of sanctions imposed by the United States against the two nations, according to Aljazeera.

“I received His Excellency Javad Owji, petroleum minister of the sister Islamic Republic of Iran,” Maduro wrote in a tweet on Monday, calling it “a productive meeting to deepen the ties of brotherhood and cooperation in energy matters”.

Also, Venezuelan state television showed images of the meeting at the presidential palace in Caracas.

Accordingly, earlier on the day, Owji met his Venezuelan counterpart, Tareck El Aissami, to discuss construction of routes and mechanisms to overcome unilateral coercive measures imposed by the United States and its allied countries, according to a statement from the Venezuelan petroleum ministry.