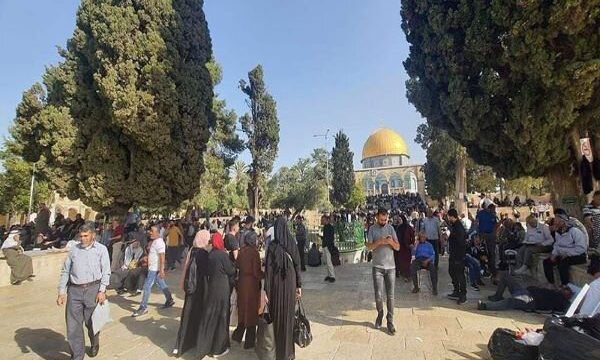 News sources reported that the Palestinians have gradually started to gather in Al-Aqsa Mosque on the occasion of the International Quds Day.

According to the latest reports, thousands of Palestinians are currently moving toward the Al-Aqsa Mosque.

This is while the Zionist militias have tightened security around the holy mosque.

Yesterday, the Zionist regime’s army deployed six battalions of its reserve forces in the retaining wall area as well as the border areas with the West Bank.

As the Zionists troops withdrew from Al-Aqsa Mosque, the Palestinians began cleaning the holy place.