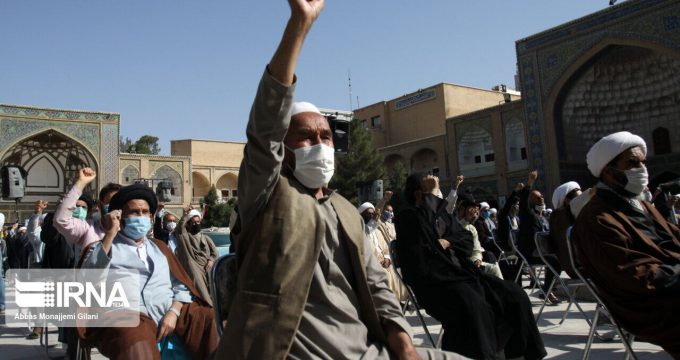 The global arrogance and its mercenaries in the region are the main operators of the crime with the intention of diving the Muslim Ummah, the statement said, referring to yesterday’s stabbing incident by a foreign national that led to the killing of one Shia cleric and wounding of two others.

The statement warned that the global arrogance also wants to cause wrong attitudes towards the Afghan refugee community living in Iran.

They called on Iranian authorities to investigate the roots of the incident inside and outside the country and to draw a line between such people and the rest of foreign nationals residing in Iran to prevent any opportunistic backlash against refugees.