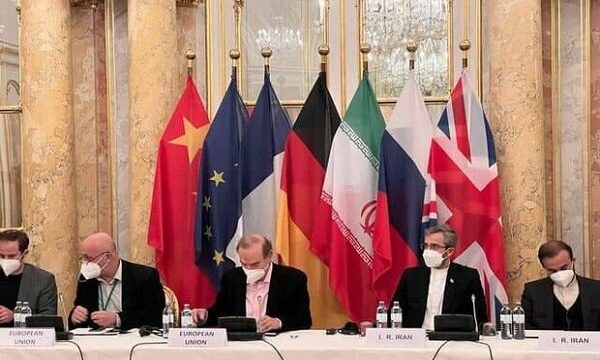 MP on Vienna talks: US must make up for mistakes if wants talks reach agreement

If the United States wants the Vienna talks to reach an agreement, it must compensate for its past mistake, said a lawmaker in the Iranian Parliament.

Speaking in an interview with Mehr news agency on Tuesday, Hojjatoleslam Ahad Azadikhah said that Iran is seriously determined in fulfilling negotiations.

Iran has always emphasized that negotiations must be rational and based on the removal of sanctions imposed unjustly against the country, he said, adding that the other party to the JCPOA must also adhere to its obligations in practice.

The unilateral withdrawal of the United States from JCPOA in May 2018 under former US President Donald Trump showed that American officials do not live up to their commitments in the international arena, he said.

Today, if the United States wants the Vienna talks to reach an agreement, it must compensate for its past mistake, he added.

Stressing the need to foil sanctions, he said that tough and unilateral sanctions imposed against Iran do not have any impact on Iran’s economy.

Not only sanctions imposed by the United States against Iran have not created any economic problems for the country, but also sanctions have created breakthroughs, Azadikhah added.